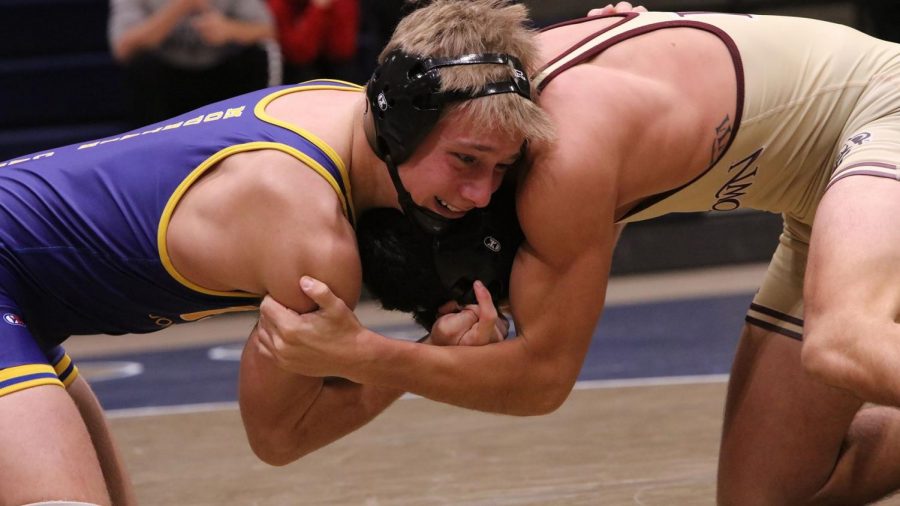 The Pitt-Johnstown wrestling team was 10-2 overall at the end of 2019.

Pet Pecora, head wrestling coach, said it was a great and rough start.

“We are getting a little better every day and will have a huge test with a tough schedule. We did good on the first half on this season and will keep it on the second half of this season. We just continue to be better that we can be.

“This season, we had three national champions on the team, but Connor Craig national champion at 184 pounds got injured. I’m not sure about his condition and will wait to see if he can wrestle over the rest of this season.

“Our standard is high, and we want to have a great dual meet record, win the conference tournament, regional tournament and national tournament. Everyone on the team is doing their part.

“Senior Brendan Howard is doing a good job at 125 pounds. Junior Tyler Warner was the national champion at 133 pounds last year, and I have nothing to say about senior Chris Eddins. The rest of team is also working on our goal.”

According to Pecora, not only upperclassmen did good jobs, but the freshmen also did pitched in.

“We are trying to be the best that we can be,” Pecora said.

“I’m undefeated and pretty dominant from my record in Division . I’m on track to become a three-time national champion right now.

“It getting a national champion ship all takes one day at a time. I’ll do my best to train myself to become the best wrestler out there every time, and I think the whole team is doing great. We lost a couple matches with tough teams, but we are still on the right track and that will help us to become stronger.

“My coach told me the best way to adjust myself. I’m not here to defend my title, but I’m here to win another (national champion).

“I just got there like a new day every time. I just need to go out with the same respect, and I always have confidence (to get another title),” Eddins said.