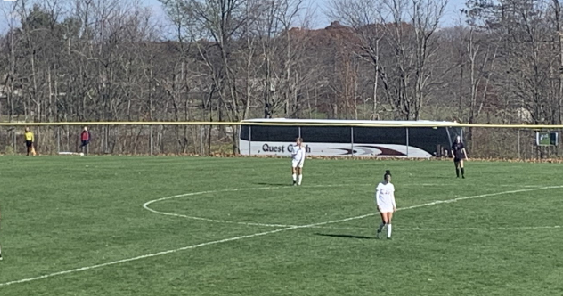 “This is the first time for us to beat Indiana  twice in one season. We are close to the best team record in the conference and want to move forward.

“We got more energy. They started to make mistakes, so we caught the chance to get the only goal.

“I want to credit Maria Mosquera (the goalie). She made eight saves, and her skills on goal helped the team a lot,” Addali said.

Senior Danielle Lippl got the only goal, and it was also her first goal in her career. At 66:00, senior Kyra Watkins had a corner kick, then Lippl kicked the goal.

“I’m feeling really blessed to have gotten my first collegiate goal. I just thank God that he allowed me the opportunity to make an impact for my team,” Lippl said.

“I don’t feel I had the best performance in this game. My passes were off and it was frustrating, but everyone on my team gave their all today and seeing that always makes you want to do better.

“As a senior, I can honestly say I’ve learned more about myself through this sport than anything else. Most importantly, you can’t let your performance or sport identify who you are.

“My coaches and my teammates have really become like family to me, and I feel like it’s not too often you’re on a team that you can truly say feels like home. When we fall, we fall together and we get back up stronger than we were before,” Lippl said.