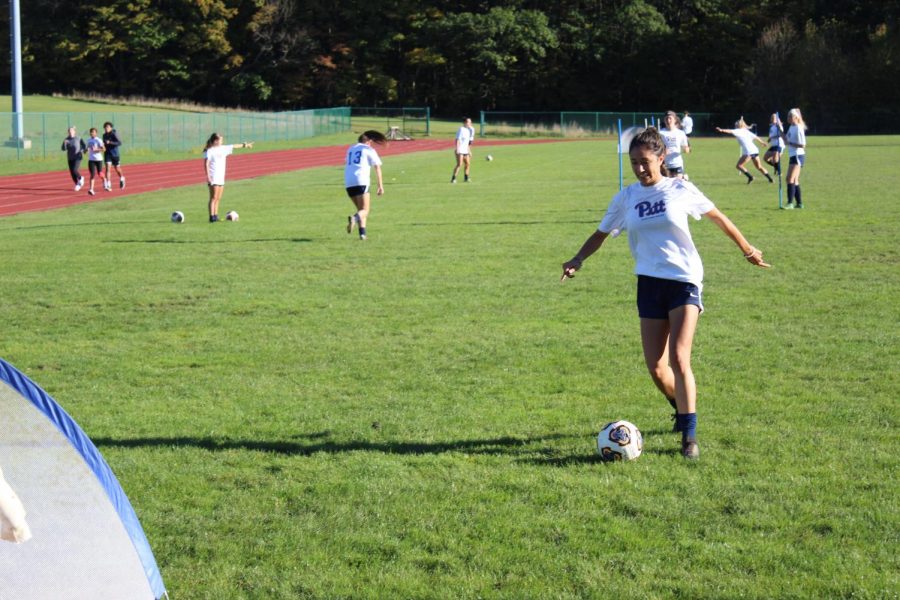 “Our two starters got injured today, and we just had 10 players (plus a goalkeeper) on the field in the first half. During the second half, one of my players got injured, so we just had nine players in the last quarter of the game.

“I got this position this June, and there were only four players left on my team. I got four players from the softball team, and they have never played soccer before. We still did our best,” Egbele said.

“They had good defense and made it hard to score. We had a big lead in the second half 5-0, then I decided to have our goalkeeper, senior Maria Mosquera, be a player in this non-conference game.

“We are going to grow every day and continue to get better. I’ll recruit good players next season,” Addalli said.

Ivory, the first scorer in the game with an assist by Johnson at 41:34, said they did a good job.

“We definitely can be better today. This is a non-conference game,

“We knew where we want to go, the play offs this year, and we’re on the right track,” Ivory said.

Mosquera, the goalkeeper, said she thought it was a good Pitt-Johnstown effort.

“I stand in the background and only saved one goal for one hour. This is my last year on this field, so I enjoyed every second in the game.

“In the second half, when we won four goals, there was nothing for me to do (as goalkeeper). Coach Addalli sent me to be as a player. I love it so much.

“I’m so excited to get two shots as a player, and I should my potential,” Mosquera said.

Lizins had the most shots (four) as team bench,. Lizins said she was not happy with the Pitt-Johnstown women’s effort in the first half.

“I want to use the rest this season to go to play off games,” Lizins said.

LaDuke, the Pitt-Johnstown women’s soccer captain, said she was so happy to win this conference, and the Salem University was a strong team.