Second half surge comes up short 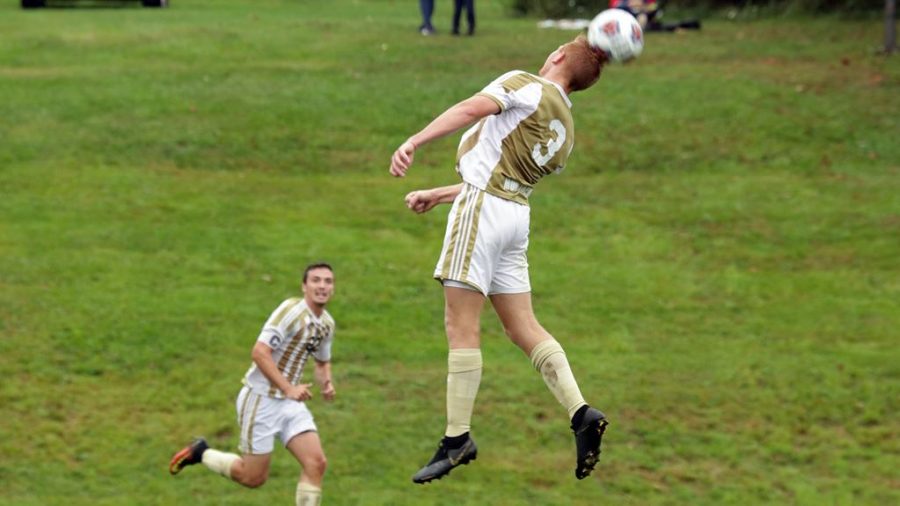 Eric Kinsey, the head men’s soccer coach, said they did a good job and created a lot of problems for their opponents.

“They are a good team, but we are an even better team.

“It just depends on which team will score more or less, and we were not lucky today,” Kinsey said.

Junior Brady Brown, the only Pitt-Johnstown scorer in the game was assisted by senior Josh Briscoe and sophomore Mitch Snoewden, who said they were working hard and would be better.

Sophomore Patrick Ahmed, a forward on the team, said he felt that he was targeted a bit during the game.

“During the game, they put their fastest kids on my side of the field to try to negate my speed, but they quickly got tired the rest of the first half,” Ahmed said.

“My plan for the season is just to stay positive and play with the same energy.

“I want everyone to show  for our next home games,” Ahmed said.

Andrew Banadda, the assistant coach of Washington Adventist University, said they had a hard time, and Pitt-Johnstown’s defense was good.

“In recent years, we recruit better players on our team, and this is the part of reason for us to make today a success.”

“Pitt-Johnstown gave us a lot of problems while we offense,” Banadda said.

Washington Adventist senior Daniel Moreira, the first socrer at about  6 minutes in the game, said his team is better organized than in the past.

“We used to be unorganized on our team and had a bad attitude in training, but our new head coach, Alex Sandoval, has changed it,” Moreira said.

Senior Stefone Coburn, Washington Adventist captain, said they were were focusing on the game.

“Even a small mistake can ruin a game. We caught every chance to score today,” Coburn said.