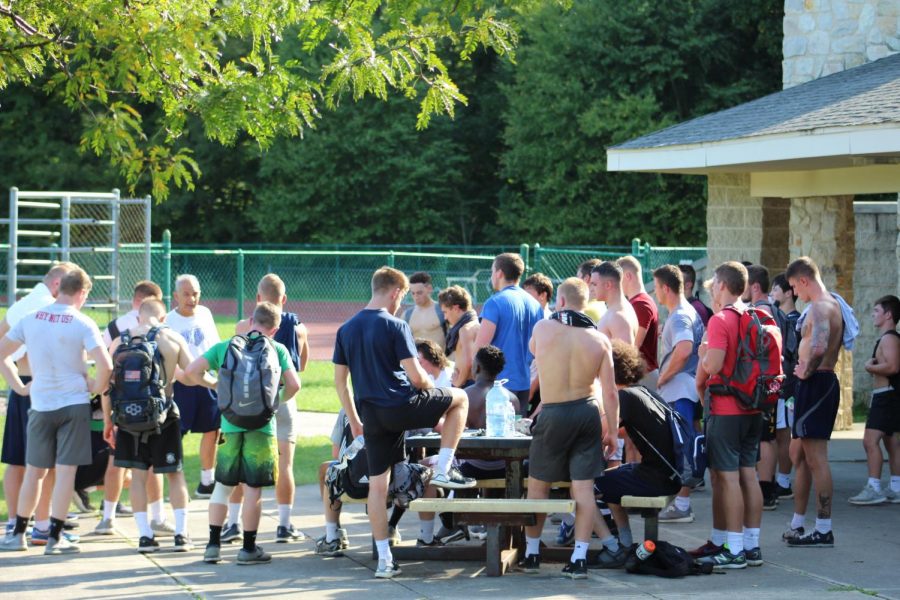 Head wrestling coach Pat Pecora coached the Mountain Cats to two  with national championships, in 1996 and 1999.

“It is a fantastic year and I’m very excited. I can see the Pitt-Johnstown wrestling program will become better with these phenomenon.”

“Recently we started with preseason training track and field on Monday, cross-country on Tuesday, swimming on Wednesday, ski slope on Thursday and matches on Friday, until the middle of October; we will move inside,” Pecora said.

“I did research online before I made my decision to transfer to Pitt-Johnstown. The good team is the No. 1 reason for me to come here and the only goal for the whole team is getting a wrestling national championship,

“I used to have one- on-one training, but at Pitt-Johnstown I also have bigclass training, with like 40 people together.

“I feel so good after I transferred to Pitt-Johnstown, because I’m in the second weight class (133 pounds) and used to training with same partner every day. I think the group training helped me to wrestle with everyone from different weight class instead of the same partner.

“The season for me is ready to go,” Warner said.

Along with these two, another new arrival is freshman Jacob Ealy, a high school 2019 Pennsylvania Interscholastic Athletic Association class AA champion at 138 pounds.

“I came as a state champion, but I know that this is a place for men, not kids. I’m willing to be stronger, bigger and work out every day.

“I have never had outdoor training in my high school, and used to work out the same thing every day.