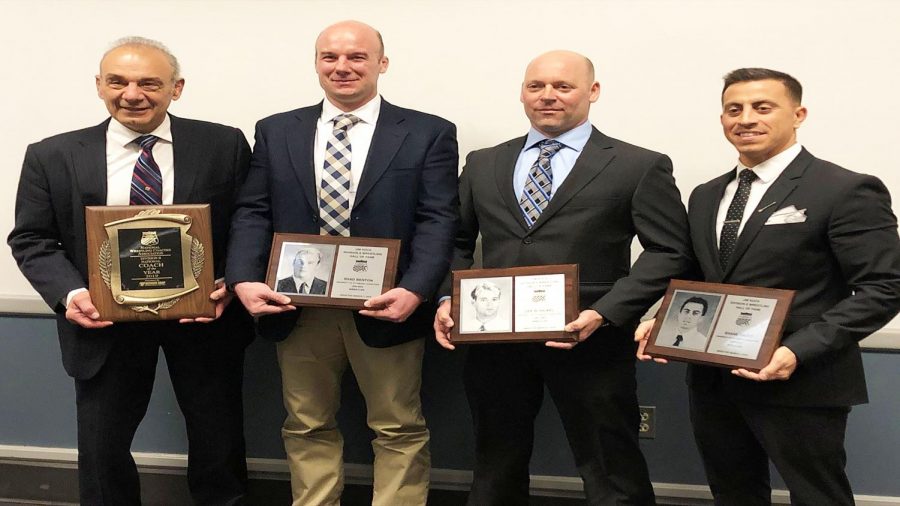 In his 42 years of leading the Mountain Cat wrestling program, Pecora has been selected 17 times as Regional Coach of the Year.

“The team’s successful consistency helped me to get this award,” Pecora said.

“Pitt-Johnstown and Gannon tied for the conference dual-meet championship along with Kutztown University.

“Pecora is one of the most successful coaches in NCAA history, and other coaches try to follow the map for success he has created,” Gannon head coach Don Henry said.

“Pitt-Johnstown wrestling has an outstanding history and attracts very good wrestlers to the program.

“It’s the measuring stick for success in Super Region I,” Henry said.

“Pecora is an amazing coach and helped so many athletes to get individual national championships during his time at Pitt-Johnstown.

“He created one of the best club in the nation, and helped a lot of wrestlers to achieve their success in the national tournament.

“National coach is a good award for him; the Pitt-Johnstown wrestling team is young. I can see their potential to have more individual champion in  the future,” Rollin said.

“I think he is the best coach in the world. He helps me with my wrestling, my job and my life,” Reinhart said.

“I know that we are a family here, and they are always here when I want to see them.

“It’s so fun to play and practice with my family, and I can see the improvement everyday here.”

“It gives me a successful feeling,” Eddins said.

“After I came here, I learned a lot from Pecora from his successful ways which led to my own wrestling style.

“The system from Pecora is not only for one movement, but it’s a correlation with no stopping of other movements.

“The aim of his successful way for my wrestling style is to win,” Biddle said.