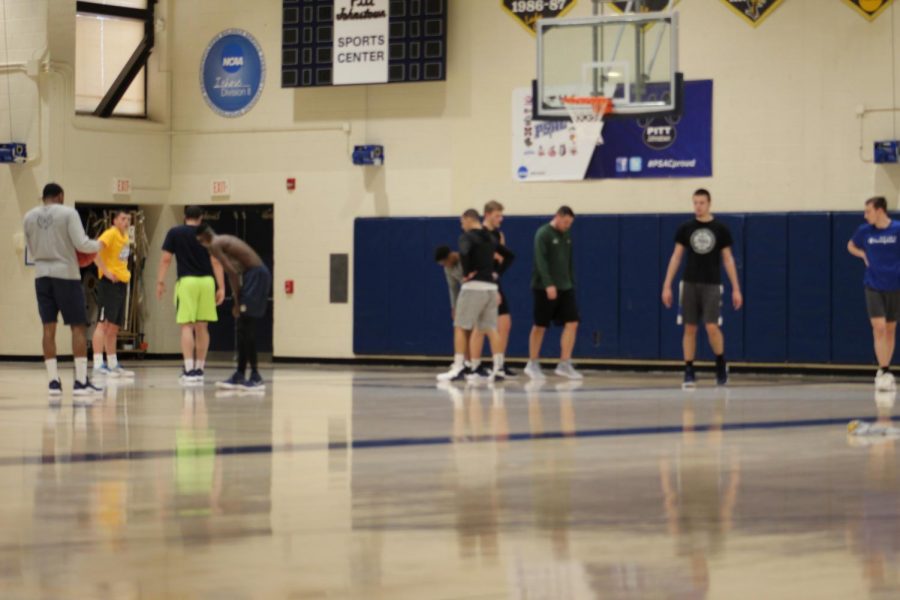 In the 2019 season, the Pitt-Johnstown men’s basketball team finished fourth in the conference, and 17-13 overall.

In addition to being named Second-Team in the West Division, Kromka was tabbed the Division Freshman of the year as well as the Defensive Player of the year.

Head coach Bob Rukavina was selected as the conference Western Division coach of the year.

The game was the second time this season the Mountain Cats beat Gannon, after three years of losing Gannon games.

Going with the playoff game, Gannon assistant coach Kraig Hetz said he would have injured players who were not available when they were defeated Feb. 2.

Also, Hetz said, Gannon wanted to improve their rebounding, which needed to be better than their performance Feb. 2.

But, despite guard, Fred Mulbah and Kromka fouling out, Pitt-Johnstown prevailed.

Kromka said that being competitive without Mulbah has been difficult for Pitt-Johnstown.

“We have such a hard time when Mulbah is out of the game.

“But we found a new way to keep running with this game and fighting against them.”

Kromka also said playing without Mulbah was a key to the victory that also provided defense lessons.

“Gannon taught us how to defend them this time.”

Assistant Athletic Director Abby Gearhart said it was an impressive victory, especially because the players were in the midst of midterm exams.

“We did an excellent job,” Gearhart said. “I love Mulbah’s assist and his love of basketball.”

Senior Romano Sebastiani had his nose broken in the game’s final minute.

“I’m going to have surgery soon. I’m so excited to beat Gannon in my last season.”

In the second round of the playoffs March 6, the Mountain Cats were eliminated by Indiana (Pa.) University.

Redshirt freshman Matt Holsinger moved from redshirt to bench after the playoffs.

“I became a good player, and I’m ready to move forward next season,” Holsinger said.

“I just got this position and would ask suggestions from Yartin, since I don’t have any experience as team manager.”

“We have a very young team, and they have more potential than what the team had, (since my freshman year).

“I hope that I can lead them to win the quarterfinal and finally win the conference championship next season,” Wise said.