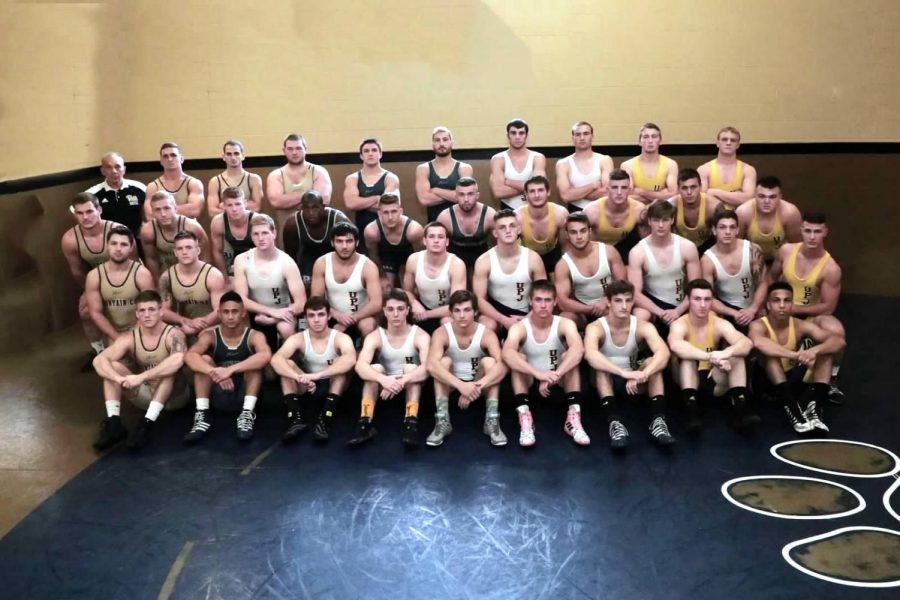 The Pitt-Johnstown wrestling team was ranked No. 6th in the National Wrestling Coaches’ Association preseason poll.

With eight starters returning to the line-up, including a 2016 National Champion, an All-American and four other National Qualifiers, 42nd year Head coach Pat Pecora and his 2017-18 Mountain Cat wrestlers have set big goals for themselves.

“Personally, I feel great going into this season. Since I’m moving up a weight class, I’m not cutting as much weight, and, for this season, I plan on giving it everything I have at every practice and match,” Reinhart said.

“No matter what the outcome is, I just want to have fun and go out with no regrets,” he said.

Reinhart posted a 23-6 overall record and 9-1 mark in dual meets as a junior in 2016-17.  He finished third at the Super Region I Tournament and seventh at the NCAA National Championships.

He was also the runner-up at both the Pennsylvania State Athletic Conference  Championships and the Midwest Classic.

Reinhart said the obvious No. 1 goal this season is to win another individual title and also to win a team national title. But he plans to make his last season as fun as possible and enjoy his last year ever competing.

Reinhart said his toughest competitor this season in his new weight class will be redshirt junior Nick Becker from the University of Wisconsin-Parkside.

Senior 285 lbs, wrestler D.J. Sims, who qualified for the National Tournament in both 2015 and 2016. He was 16-7 overall and 6-4 in dual meets with five falls last season. Sims finished fifth at the 2017 Super Region I Tournament and seventh at the Midwest Classic.

Sims said his main goal is to believe in coach Pecroa 100 percent and see how far it takes him. He said he hopes it will be to a national title.

“This year, my toughest competitor is me. I have to battle myself every day to be consistent, mentally tough, and to get better every day.

“I feel anxious for this season. I fell in love with the sport again, and I’m happy to compete one more time,” Sims said.