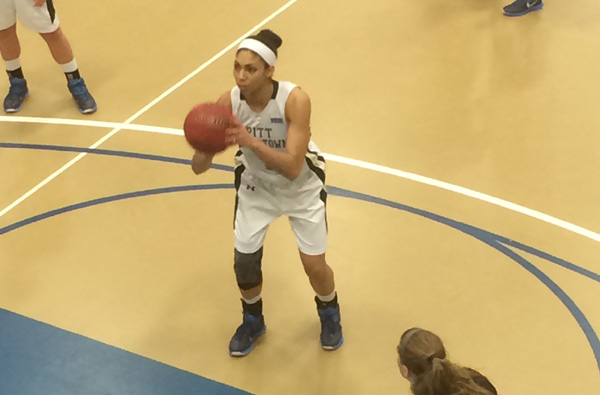 Pitt-Johnstown men and women’s basketball teams have been in a slump lately, not being able to pull through a game when needed.

Senior forward Ian Vescovi said that his team knows that they have hit a rough patch.

“We have been putting in the extra time and really have been focusing on making the proper adjustments to overcome our recent shortcomings,” said Vescovi.

Junior guard Nate Snodgrass said that the team needs to make the right plays at the end of the games, whether it is rebounding or not turning the ball over.

“If we play good basketball, we should win games,” said Snodgrass.

“We have let some close games slip away. As long as we can make the right plays at the end of the games, we can turn this season around.”

For the women’s basketball team, senior captain guard Nicole Carmen said that, individually, the team needs to stay focused while constantly reminding themselves that they must work hard to turn their season around.

“We have been humbled during this slump, now we all had a reality check and are ready to work hard the rest of this season,” said Carman.

According to Carman, the women’s team goal is to beat Indiana (Pa.) University and Edinboro University.

“Beating everyone would be a big accomplishment, if I had to narrow it down, Indiana and Edinboro would be an accomplishment because we have never defeated them,” said Carman.

For the men’s team, Snodgrass said that every game is a must-win for them.

Every game that the men’s team wins the rest of the season will consistently move them up in the standings.

“We are still in a position to finish out the season strong and make the play-offs. We must approach every game as a big one,” said Vescovi.

“We have a chance each night to move up in the standings, and we need to take advantage of that.”

The men’s team changed their luck when they defeated Slippery Rock Universty Saturday with a score of 77-59.