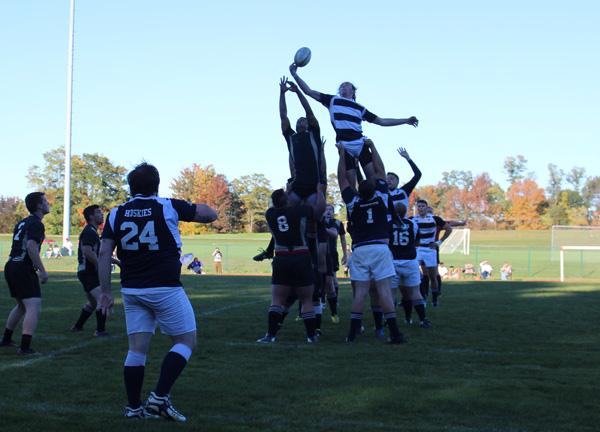 The team had only having two runners last year.  They could not compete as a team, only as individuals.

This year, the team has seven freshmen and three upperclassmen, enough runners to field.

One freshman himself, James Horwat said he feels excited to be on a team with other young runners.

The team’s seven freshmen are proving what they can contribute.

“The top three on the team are freshmen” said freshman Kyle Zenchak.

Zenchak showed what he can do this year by leading his team at the season opener at the Seton Hill University Invitational, along with James Horwat, Michael Heck and John Cotton.

All of the freshmen on the team are doing a great job, according to Zenchak.

“We are getting stronger and smarter as a team.”

The team works at bettering themselves by competing against each other during practices and invitationals, according to Zenchak.

“The entire team is really tight,” he said.

The freshmen know they have a lot to prove to everyone.

“We are planning to just surprise everyone,” Horwat said.

Right now, the men’s cross country team is projected to finish second to last in the Pennsylvania State Athletic Conference.

“Our goal is to shock everyone and be in the top 10 in our conference” said Horwat.

That is not the team’s only goal.

“This year’s method is to make a name for ourselves,” said Zenchak.