Baseball players off to a decent start 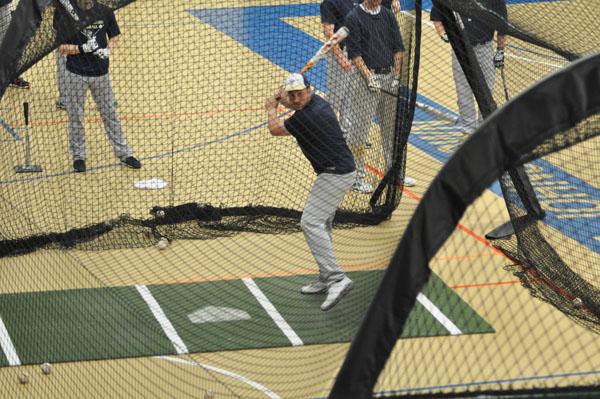 While students relaxed during their spring break, the Pitt-Johnstown baseball team had a busy schedule.

The Mountain Cats played eight ballgames in six days on a Florida trip during which they notched six wins.

The stretch started with a doubleheader against West Virginia Wesleyan College.

“I had confidence in my pitches, and in my defense behind me, which helps me stay relaxed,” Fees said.

“I focused on working ahead, which helped the outcomes greatly.”

Junior Derek Younker performed well in the second game by pitching a complete game shutout, leading them to a 5-0 win.

The Mountain Cats had little time to rest. The next day they played two games against Marian (Ind.) University.

The Mountain Cats jumped to an early 8-0 lead, but Palm Beach Atlantic matched runs scoring eight of their own in the bottom half of the first.

They shut out Pitt-Johnstown for the remainder of the game, getting the 13-8 win.

Pitt-Johnstown finished their eight-game stretch with a win over Mercy (N.Y.) College.

Thanks to the arms of Fees and Schnably, Mercy was held hitless until the seventh inning.

The Mountain Cats went 6-2 during their sunshine state trip.

“I think we played really well down there,” Schnably said.

“Teams in our conference know that we went 6-2, and they will be playing their best ball to come after us.”

Pitt-Johnstown’s current record is 12-5 overall and 4-3 in the West Virginia Intercollegiate Athletic Conference.