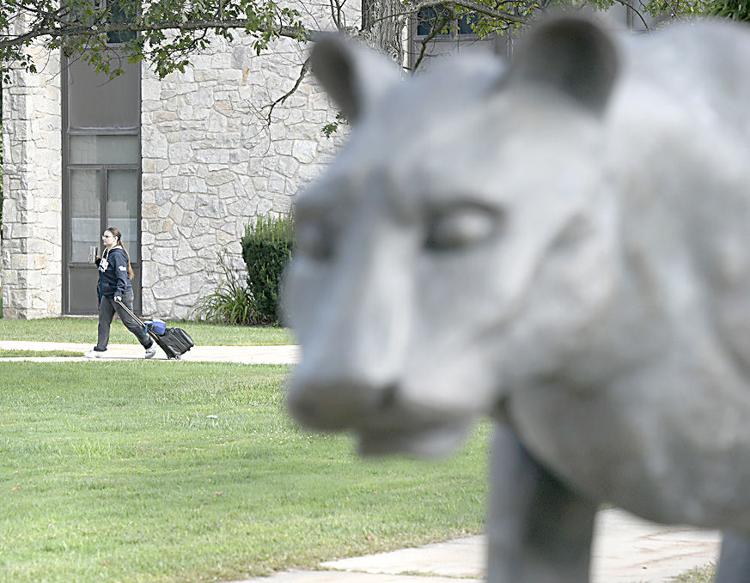 Pitt-Johnstown stands by its partnership with Outlier.org, a company that offers online college courses, despite concerns from faculty at the university’s main campus in Pittsburgh’s Oakland neighborhood over course materials ownership, a lack of faculty input and the college credit transfer process.

Melinda Ciccocioppo, a lecturer in Pitt-Oakland’s psychology department and a member of the Pitt Faculty Organizing Committee, challenged the Outlier partnership because of her beliefs that the university mishandled communication with faculty, whose curricula would be the basis of these classes.

Ciccocioppo said faculty senate President Chris Bonneau sat down with Provost Ann Cudd to express faculty discontent for the Outlier deal, saying that it should not be renewed. Outlier’s response was to go to Pitt-Johnstown and launch more pilot programs.

As of right now, no Pitt students, on either the Oakland or Johnstown campuses, have taken classes through the platform.

Pitt-Johnstown President Jem Spectar supports the partnership with Outlier, saying it provides educational opportunities that some students would have trouble accessing.

“The partnership with Outlier is a promising initiative that seeks to expand access to high quality teaching and learning globally,” Spectar said. “Of note, we are gratified that this collaboration was recently selected by Time magazine as one of the top 100 innovations of 2020.”

Outlier offers online college classes for $400, including digital textbooks, compared to the average cost offered by Pitt-Johnstown, ranging from $549 to $704 per credit.

Courses currently include entry-level classes in calculus, astronomy, psychology, philosophy, microeconomics and statistics. The courses are taught by professors from schools such as Yale University, Massachusetts Institute of Technology and Duke University. Participants earn transferable college credits from Pitt-Johnstown.

According to spokesperson Lucy Luneva, Outlier provides a full refund if a student has not passed a course.

Pitt-Johnstown philosophy professor Martin Rice said he has concerns with the refund policy.

“How much rigor can there be in for-profit instruction when students receive their money back if they fail the course?” Rice said.

Luneva defended the Outlier policy, which she said falls in line with Outlier’s belief that students should not pay to be taught at, but to learn.

Outlier founder and CEO Aaron Rasmussen had previously co-founded MasterClass, a platform for people to learn new skills taught by experts from around the world — photography with Annie Leibovitz, for example, or cooking with Gordon Ramsay.

Rasmussen grew up in rural Oregon and attended Boston University, using transferred credits from a community college to help lower the cost of his tuition. After co-founding MasterClass, he took some time off to travel and later decided to start Outlier because, he said, he was struck by how many people were struggling to afford a quality education.

Rasmussen said he originally took his concept for Outlier to his alma mater, Boston University, in 2018, which is where he met Cudd, who was working there as the dean of arts and sciences before moving to Pitt.

“Our experience working with Outlier.org has already helped to further our mission of increasing access to higher education,” Cudd said in a statement. “It has also provided valuable insights into the needs and goals of students who are reaching out to receive education through online channels.”

Mathematics professor John Thompson said that, although he initially was opposed to the Outlier partnership, he believes it could be an opportunity for Pitt-Johnstown to gain publicity.

“It appears that Outlier wants to allow people with limited circumstances to view college as possible,” Thompson said. “In order to provide an opportunity that offers college credits, they have to be associated with a four-year institution. … The courses are nationwide and occur online, and we will be able to get our name out there in places that it would not otherwise be.”

“A student can take a summer class at Pitt-Johnstown and pay the tuition price, or they can pay $400 to take the course with Outlier,” said. “Because it would be cheaper to take it through Outlier, people are saying we would lose students who would have taken the course with us.

“However, my guess is that if someone is concerned about the cost of a Pitt-Johnstown summer course, they would compare that to what it would cost to take it at a community college. Therefore, by supporting Outlier and being associated with them, we are taking a small portion out of community college enrollment.”

According to Walstad, the main concerns about the Outlier partnership have to do with ensuring course quality and the possible displacement of faculty positions.

But, he said, “We already accept transfer courses from other schools, including community colleges, despite the same concerns.”

Walstad added: “In my experience, President Spectar is an astute entrepreneurial thinker. If he believes a relationship with Outlier is worth pursuing, then I hope Pitt-Johnstown’s autonomy in that regard is respected in Pittsburgh.”