Too few want to represent 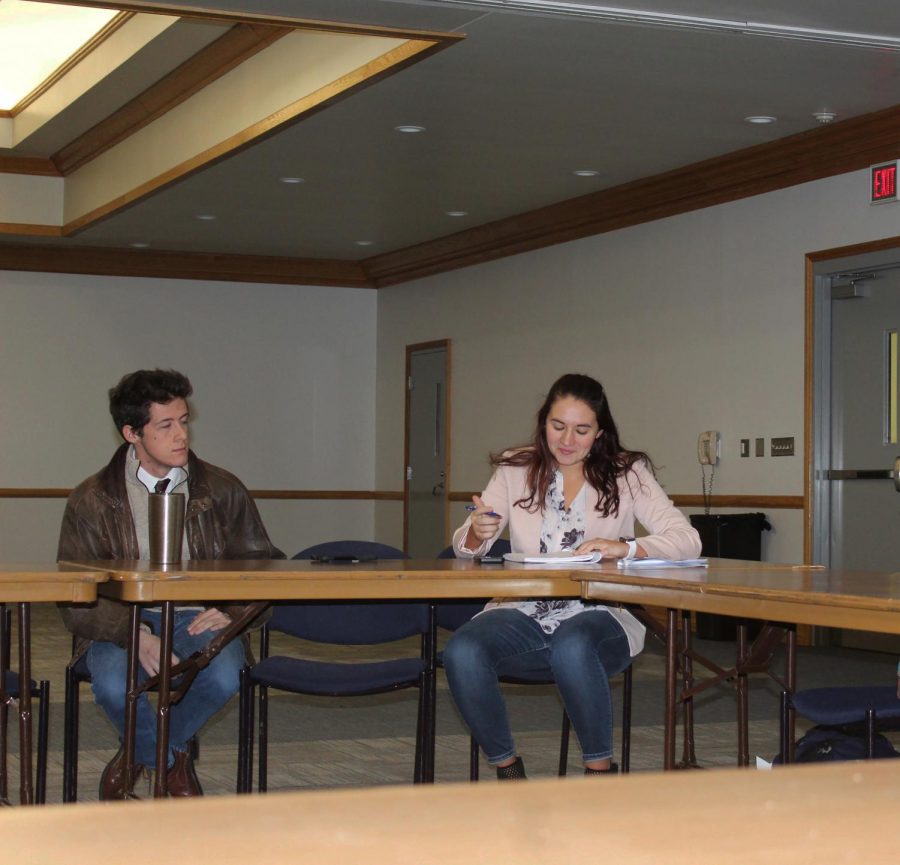 According to Vice President Tessa Fry, although the deadline for applications was Jan. 24, a low student response has left 7 freshman and 3 upperclassmen positions open.

Fry said she believes more students should get involved with student government, as it offers an array of benefits.

“Student government provides students with the opportunity to create an environment at Pitt-Johnstown where they can express not only their concerns but really make this campus their own,” Fry said.

“Being a part of the campus community goes far beyond the classroom and even athletics.

“Student government and many campus clubs and activities make you feel like part of the community, make friends and lifelong connections and experiences like no other.

“It is my best advice to not only incoming students but any fellow Mountain Cats to get involved outside the classroom, join student government and really represent not only themselves but their classmates at our best,” Fry said.

According to President Devin Seiger, the application process begins with a petition.

“Freshman must get 50 signatures from fellow students on campus, and upperclassmen must obtain 75.

“After those signatures are obtained, historically we would have those students also turn in a letter of intent that would be read anonymously to an executive board and any other student government member that would like to hear it.

“We would vote on the letters we thought were the best for our open spots.

“The board will be talking about the process and whether or not we would like to continue with letters of intent or try something new like small interviews where candidates could explain their reason for wanting to be a senator.

“I think anyone on campus should consider becoming a member.

“If there are students who would like to make a difference on campus and see areas that could be improved on, then Student Government Association is a great place to do that.

“It offers you opportunities to gain leadership experiences, as well as bring positive changes to the university,” Seiger said.

According to Seiger, elected senators would be assigned to a specific committee such as campus relations, development or allocations.

Senator Andrew Vogel said he thinks the most important quality that a Student Government Association applicant should have is a desire to be a voice for the students.

“They should just be themselves and try to meet as many people as they can.” Vogel said.

Former Student Government Association member Becky Stefanyak said the best quality a senator could possess is the ability to speak up.

“Senators are voted in to represent their peers. By bringing up ideas that he or she think may benefit people on campus, they would be making a huge difference,” Stefanyak said.