LLC plans get moved ahead 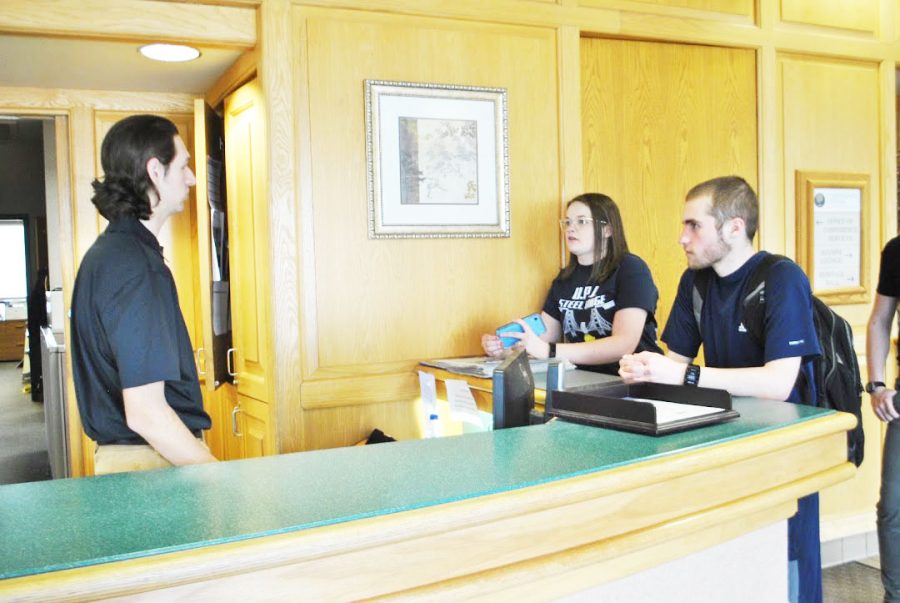 The Living/Learning Center is to undergo an expansive, two-year renovation starting this summer, according to a campuswide email from Housing and Dining Director Bob Knipple.

Several locations on the Pitt-Johnstown campus had mold problems last fall, and the Living/Learning had the most serious case.

According to Knipple, the renovation was originally scheduled for next year.

“Because we have to take some of the rooms offline due to moisture issues, the decision was made to accelerate that project and kick it off this year, instead.

“This will be the first large-scale renovation since the building opened,” he said.

According to the email, half of the building is to be unavailable for occupancy during the renovation.

According to Knipple, the building is planned to accommodate 210 students, with first-floor rooms converted to triple rooms.

“If students choose to voluntarily triple on other floors, that will increase the number of available beds,” he said.

He said that triple rooms will be offered at a reduced price, but did not provide the exact price.

“Maple Hall will be an option available to all upper-class students when general room selection goes live on April 16,” he said.

Because of the reduced occupancy in the Living/Learning Center, Knipple said that the Varsity Café will not open.

He said that the Living/Learning Center is the only large-scale renovation project this summer.

“A number of small projects typically occur over the summer that include cosmetic upgrades such as painting and carpet, as well as technology upgrades.

“It has not yet been decided what will take place over the summer,” Knipple said.

Junior Laura O’Neil said she has been living in the Living/Learning Center for two years.

“I like it here, but I’m not going to live here next year.

“I don’t want to live on campus anymore, (mostly because of) the restrictions on alcohol and pets,” she said.

O’Neil said she was one of the residents affected by the mold problems last fall.

“People were constantly coming in with machines for dehumidification and cleaning.”

O’Neil said having triple rooms can be a good idea for some people, but not for her. She also said that liked the Varsity Café.

“I don’t eat at the Varsity Café that often, but I do prefer it over the Dining Hall. I think because it has a smaller scale, they have better food,” she said.