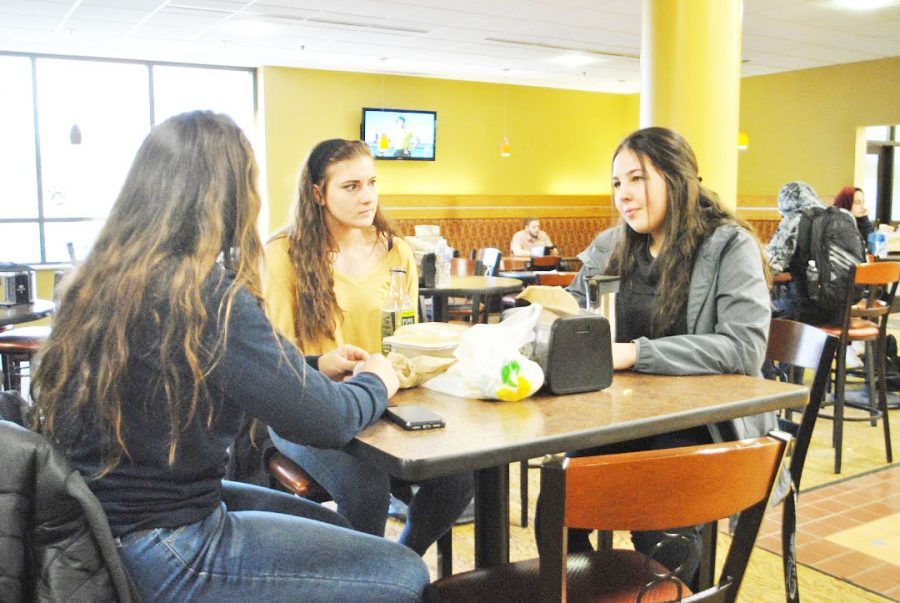 Pitt-Johnstown students may have more meal plan options to choose from soon.

Although the details have not been finalized yet, Housing and Dining Services Director Bob Knipple said that they hope to have them soon.

“We are still doing some research into possible plans. As we progressed through the fall term, we started to hear from students that the available plans weren’t necessarily meeting their needs.  That’s why we added the second commuter plan at mid-year,” he said.

“That’s typically not done, but we wanted to let the students know we were listening.  So, we are working with (student government’s) Vendor Relations Committee to explore different options for next year.”

Sodexo General Manager Jim Butler said that they are increasing meal plan options because there seemed to be a need.

“I took the high demand for the meal conversion last fall to be a sign that students had not been offered viable and distinct options to choose from,” he said.

Meal plan options have been changed regularly over the past two years.

According to a Sept. 18 Advocate article, there used to be four tiers of plans, with two plans per tier, and an unlimited plan and commuter plan in the last school year.

However, seven plans were cut out of the 11 plans this school year, leaving only three plans and a commuter plan.

“We are putting a lot of effort into researching plan options, reviewing prior plan utilization and working with the Vendor Relations Committee in the hope that we will find the magic combination,” Knipple said.

“If that happens, we could have more consistency from year-to-year. However, students’ dining habits, needs and interests change.

“I can say, however, that changing plan options mid-year is not something we plan to do moving forward,” Knipple said.

Butler said he doesn’t think any changes will be final.

“(But) I hope they will be foundational in the sense that there are enough selections so that while one or two may need some adjusting over time, the basic plans can remain,” he said.

Junior Amber Vandevender said she is satisfied with her current meal plan.

“It’s fine with me. I don’t really eat here that much.

“More options would be better; I’ve heard some people complain about (not having more options) a lot,” she said.

Sophomore Courtney Claycomb said she would like to see the Mt. Cat Club reopen.

“I would go there if it reopens, and I’m sure many of my friends would, too,” she said.

Butler said that, although he doesn’t have a plan to reopen it yet, he is not against forming one.

“I have not taken time (to) dig into the history to see what may or may not have worked in the past because I am more interested in what current students and (Pitt-Johnstown) leaders have in mind.

“I have a couple ideas at this point, but not a real plan. We will be installing beverage dispensers in that area so people eating in there don’t have to go all the way out to the Dining Hall to get a drink,” Butler said.