No disabled welcome mat at cabin 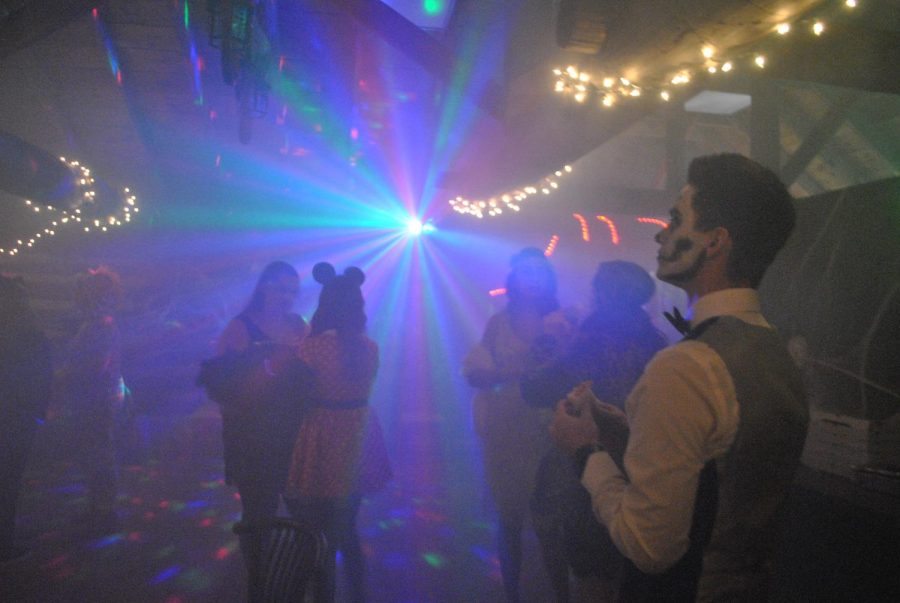 A Programming Board-sponored party was held Friday in the Log Cabin, which is not accessible to disabled people.

With fraternities no longer allowed to have open parties, some clubs have been hosting parties at the Log Cabin since last fall.

However, the Log Cabin is not accessible to those disabled.

When club members decide to have a Log Cabin party, a member is to sign a form agreeing all members know the cabin is not handicapped accessible.

The form also states administrators are to offer an alternative location, one which is handicap accessible.

Pitt-Johnstown President Jem Spectar said last Monday he was not aware club members were having parties at the Log Cabin.

He said the Log Cabin renovation is an ongoing discussion and some Alumni Association members are looking to raise the funds for the project.

When signing up for a Log Cabin party, students are to fill out a sheet noting whether they need a handicapped-accessible location.

In order to host Log Cabin parties, club members are to go through event management and alcohol intervention training in order to have the party.

According to Student Affairs Vice President Chris Stumpf, if a student who is handicapped wants to attend the party, club members are to move the party to a more accessible location.

“We do not want to have a situation where someone can’t go to an event,” Stumpf said.

Student government members held a party there during Homecoming Weekend.

However, according to student government President Sam Miller, senators paid for the party out of their fundraising account, not money allocated to them from the student activity fee.

Dance Team members had a party at the cabin last Saturday.

According to Dance Team President Dominique Jefferson, members used only the money they fundraised for parties, not money allocated through student government.

Programming Board President Hanna Dixon said board members used money allocated from the activity fee to pay for the  party last Friday.

Miller said board members were able to get around not being allowed to budget for parties because they receive a certain percentage of the activity fee.

“They’re allowed to spend it on anything they want along the lines of programming for the whole student body,” he said.

Dixon said when they reserved the cabin, they had to sign off acknowledging the building is not handicapped accessible.

“If we were to have a student really interested in attending the event, (who) had needs that couldn’t be met, we would definitely try to come up with a solution,” she said.

Dixon said board members wanted to have a party at the cabin because it’s a change of space from where events are normally held — the Cambria Room.

“It’s hard to make that room look and feel different.

“We also had hopes that those that are of age could come to a safe place to party,” Dixon said.

When club members have a party at the cabin, students have to sign up.

Dixon said their list filled up the first day.

“We are limited with the cabin, because the list is so small,” she said.

Dixon said she sees pros and cons of having events at the Log Cabin.

“If it came down to it, we would try our hardest to accommodate,” Dixon said.

The article also stated the cabin was to be renovated the following summer.

However, when students returned to campus the following year, the Log Cabin remained unrenovated.

The renovation would have brought the cabin up to standards to meet requirements set by the federal Americans with Disabilities Act.

In a Feb. 29, 2012 article, the renovation was originally going to be split up in three phases.

The first phase included renovations to the bathroom; the second phase was to renovate the sidewalk leading to the cabin; the final phase would have added heating and emergency lighting systems.

It was not until Jan. 24 at a faculty senate meeting when Spectar announced administrators would no longer fund Pitt-Johnstown Alumni Association’s Log Cabin project.

It was reported in a March 26, 2013 Advocate article that the association members’ goal was to raise $360,000 to renovate the cabin.

Spectar, at the faculty senate meeting, said the costs to renovate the cabin were too high, and he decided to walk away from the project.