Petition for cameras to be placed 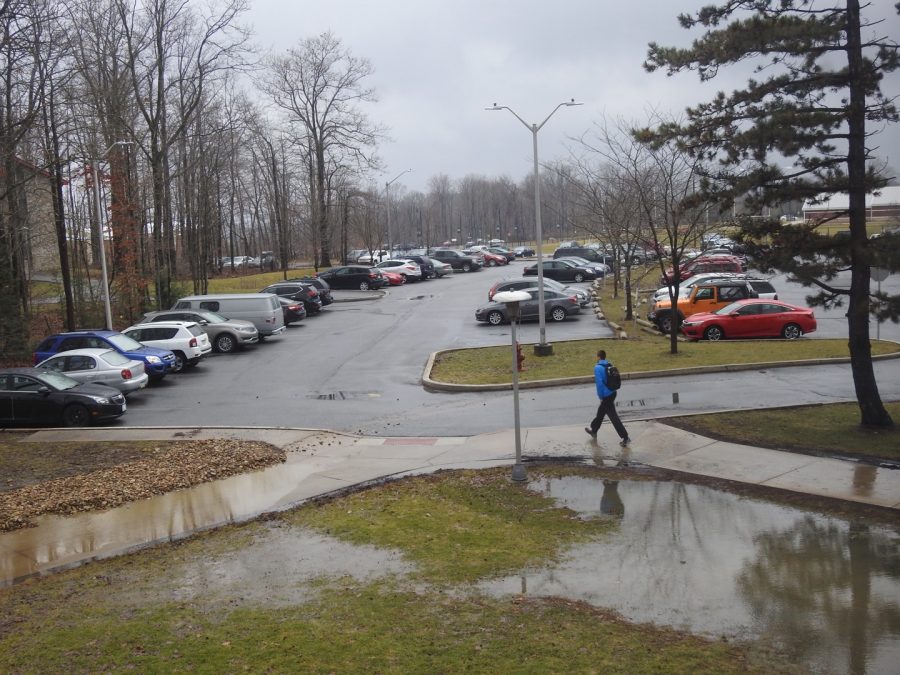 Campus Police Chief Eric Zangaglia said of those reports, officers did not identify the person responsible.

Because of this, students are signing a petition to get cameras installed in Pitt-Johnstown parking lots.

The petition states that placing cameras in the parking lots would decrease the likelihood of hit-and-runs being a recurring issue.

Student Government President Joe Evanko said at a Feb. 13 meeting that there are multiple petition copies around campus.

Evanko also said Pitt-Johnstown President Jem Spectar has said he won’t authorize the cameras until their placement is backed by students.

One student who signed the petition, Programming Board Vice President Angel Walters, said she thinks cameras placed around college campuses are necessary.

Walters said petitions are in the Campus Activities and Engagement Office and the Health and Conduct office.

She also said she had signed the petition because she thinks it’s a great idea to increase safety in parking lots.

“It’s a good idea for safety, and police officers could use (the recordings) in case a crime happens.”

Zangaglia said he doesn’t think parking lot cameras would stop hit and runs, but they would help officers identify those involved and hold them responsible.

“If there are no witnesses, a lot of times we only have paint marks (off of the hit car) to go off of,” Zangaglia said.

“If someone slips and falls and can’t reach their phone, we’d be able to respond appropriately,” Zangaglia said.

Zangaglia said he is for adding cameras not just in parking lots, but also around campus.

Walters said she would feel safer with cameras placed.

“There are so many people who come through every day and a lot of opportunities for something bad to happen.

“It’s not that I don’t feel safe now, but I do question why they aren’t already placed.