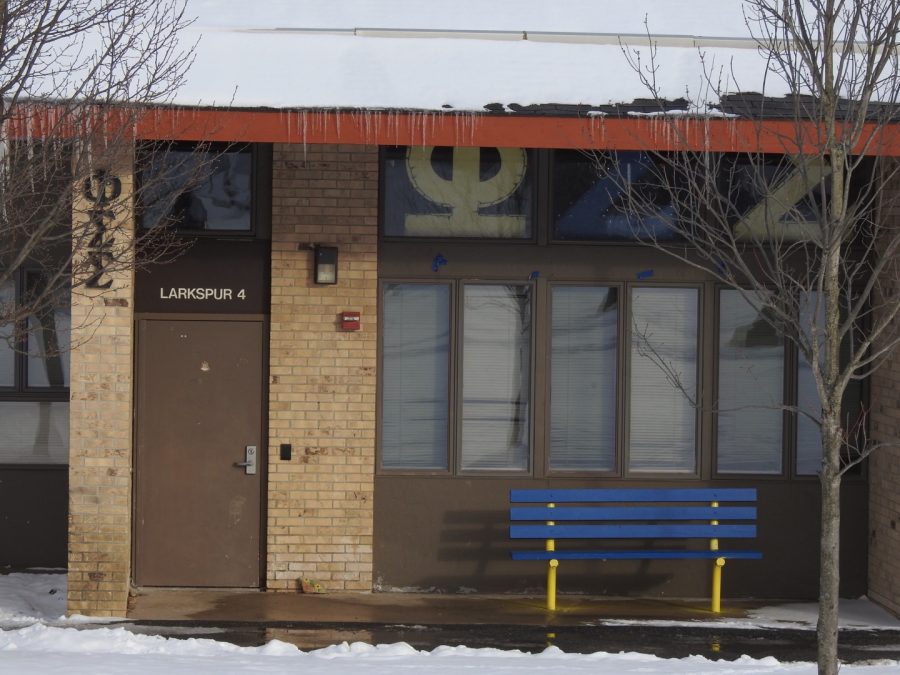 Phi Sigma Sigma is Pitt-Johnstown’s only sorority. Organizing another campus sorority’s potential is in discussion.

Since then, Student Government President Joe Evanko and Campus Activities and Engagement Director Heather Hall share a goal to add another sorority.

When Evanko was running for student government president last year, he said one of his main goals was a Greek life expansion.

He said it was one of his main goals because he thinks Greek life members are good for campus.

“(Fraternities and sororities) were off balance with having three (fraternities) to only one (sorority),” Evanko said.

He also said the Interfraternity and Panhellenic councils were disbanded with the inbalance.

The Interfraternity Council is a national fraternity organization.

Phi Sigma Sigma member Kasandra Matthews said the Panhellenic Council is an organization only when there is more than one national sorority on campus.

Hall said she is supportive of anything that could offer more leadership opportunities.

“Another group from a National Panhellenic Conference women’s group will allow for more service in the Greater Johnstown community,” she said.

Evanko said all existing members of Greek Council have stepped up for fraternity and sorority members.

He said student senators have not been able to do a lot in the sorority’s formation.

“(Student senators) try to be as open and helpful as possible in the creation.

“Having one choice is not that desirable,” he said.

Evanko also said Pitt-Johnstown administrators have given the approval to allow national fraternity and sorority members the option to start a new campus chapter.

Adding a new campus sorority is to be a mutual experience, according to Hall.

“We are now what is referred to as ‘open for expansion’ through the (National Panhellenic Conference). This means that I have a set of expectations and documents that have to be submitted that will be shared with the 26 member groups in the conference,” she said.

She also said the number to start a new sorority is going to be dependent on the group that is interested.

“For a campus our size, I would imagine that there would be 30-45 women needed to install a new group,” Hall said.

According to Hall, Zeta Tau Alpha is referred to as a fraternity because the founding members were some of the original women’s fraternal groups that is not named a sorority, but is a group in the conference.

Vandevender said the process so far has been more time-consuming than difficult.

She said she and Tate thought of bringing Zeta Tau Alpha to Pitt-Johnstown last summer.

“We knew it was going to be a very long, and sometimes frustrating, process. However, we were willing to do whatever it takes,” Vandevender said.

She said they have 13 potential members.

“Many girls have expressed interest in joining. However, since we technically aren’t a campus organization yet, we have decided to keep the group exclusive until we get the OK to recruit,” she said.

Tate said she and Vandevender wanted to bring the fraternity to campus for a variety of reasons.

“The beliefs (Vandevender) and I both share are reflected by Zeta Tau Alpha: the promotion of alliance, happiness and the building up of a greater and purer womanhood.

“With Pitt-Johnstown’s strong emphasis on preparation for the real world, we agreed that nothing could ready a person more than the participation in a group such as Zeta Tau Alpha,” Tate said.

Matthews said she and other Phi Sigma Sigma members are supportive of another campus sorority.

She said it would be nice to see the Panhellenic Council be brought back to campus.

Matthews also said another sorority would be good for campus.

“Sororities bring women on campus together,” she said.

She also said a big community of women would help other women feel safe.

According to Vandevender, fraternity and sorority members have been supportive about the possible Greek life addition.

Although Hall said another sorority would be beneficial, she said it’s a challenging time for Greek life nationally.

She said it’s important for campuses to return to the ritual and values they were founded on.

“Hazing scandals and recent deaths in the Greek life community at big universities have damaged the appearance of Greek life and, because of that, people don’t have much respect for it anymore.

“We want to restore the fundamentals of charity work, academics and unity among not only the women of this campus, but everyone,” Vandevender said.

“I feel it is my role to help students who are not currently unaffiliated to see the great opportunity of being a member of a national network that offers continued personal growth and leadership development that gives to their campus and community,” Hall said.

Hall also said fraternity members have been supportive of adding another sorority.

“The men have embraced Phi Sigma Sigma (members) as the women’s group here and even worked to develop Greek Council so that there was a temporary governing group.

“Once we have our local Panhellenic Council to govern the women’s group, we can reincorporate the Interfraternity Council and operate as most campuses our size do,” she said.

Hall said her ultimate goal for Greek life is to help create leaders.