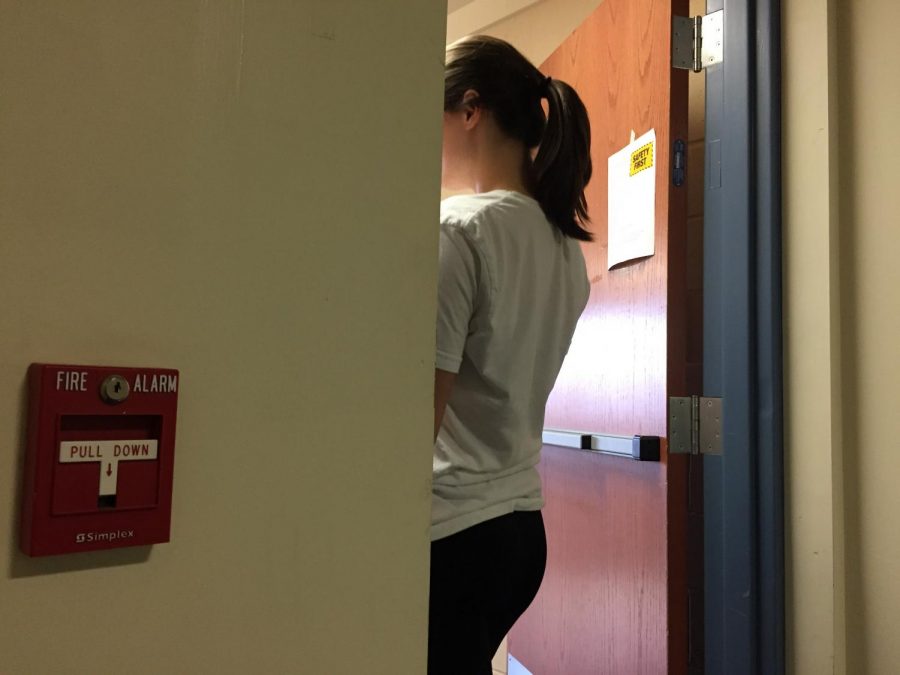 Many students were looking forward to the newly renovated off-campus housing option when the College Park Apartments reopened last spring.

The students’ excitement was tempered by a recurring problem last semester and this semester: fire alarms.

Pitt-Johnstown Campus Police Sgt. Daniel Dunn said since Jan. 20, there has been 64 fire alarms go off in the building, as of Saturday.

He also said, in the same time frame, all the five freshmen halls have had 50 alarms go off combined.

“I thought the number (of freshmen hall fire alarms) would be higher. (Freshmen) aren’t familiar with how the equipment work and how sensitive (the fire alarms) are,” Dunn said.

According to Housing Director Sherri Rae, 117 people reside in the building.

Rae said the fire-alarm frequency is something university officials have been trying to address all semester.

She said other than residence staff, no residents have complained to her about the alarm frequency.

“I do think that the alarms are too sensitive. Sometimes something as simple as steam will trigger them.

“(But) I would much rather be safe and have annoying alarms than ineffective ones,” Stefanyak said.

Rae said a new alarm system was part of the renovation.

Ceiling alarms placed outside bathrooms may be a problem as shower steam released when doors are open set alarms off.

“There are various standards based on residential versus commercial (buildings), age of building and occupancy,” Heffelfinger said.

Heffelfinger said since College Park Apartments were recently renovated and that could be a cause of the alarm’s sensitivity.

He said older alarms tend not to be as sensitive as the newer ones.

“Just because a newer alarm is more sensitive than an older alarm, it doesn’t suggest that there’s a problem with either of (the alarms),” Heffelfinger said.

“(Firefighters) get calls from Graystone (Manor) all the time. Alarms get set off from dust or burning popcorn,” he said.

He said in Graystone Manor only a specific alarm zone activate, but, if one building’s alarm goes off, all of the alarms in that building go off.

Heffelfinger said when alarms go off in campus buildings, Pitt-Johnstown police officers do not call firefighters.

“Since there’s so many different causes that set off (campus building fire alarms), (campus) officers typically don’t notify when they get the notification of a fire alarm.

“If there ever was to be a fire, (firefighters) would be quick to respond once we get notified,” he said.

Stefanyak said, even with the frequent alarms, she doesn’t think they will deter potential residents.

“The (College Park Apartments) are really nice, and the alarms going off all the time is only a minor nuisance. In this case, I think that the good qualities of living here outweigh the bad,” she said.