Beer, wine to be served at Pasquerilla 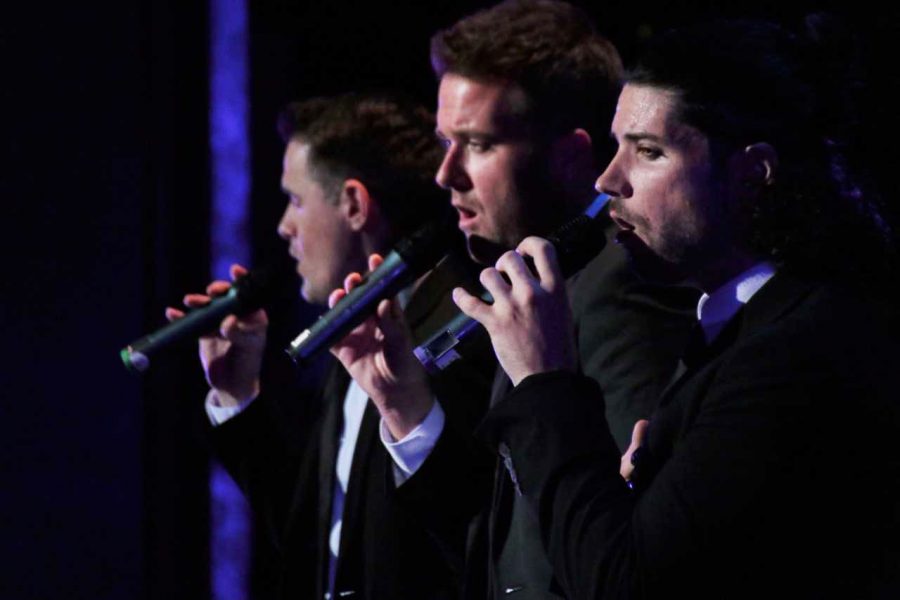 Shades of Bublé, a three-man tribute to Michael Bublé, performed at the Pasquerilla Performing Arts Center last Wednesday. At the event, beer and wine were served for the first time.

Dicey said getting the license took over a year and the process was difficult.

“(The license) is in my name, so I had to get a full background check,” Dicey said.

However, the application for a performing arts liquor license lists the costs.

The application also states that performing arts centers liquor licenses can be used in halls or theaters in which live musical, concert, dance, ballet and legitimate play book-length productions are performed.

A Pennsylvania Liquor Control Board document also states that a performing arts facility employees are only allowed to sell alcoholic beverages two hours before and one hour after any performance at the facility.

“The facility must have seating for at most 2,500 people in order for it to be eligible for licensing (if the facility is for profit),” the document said.

The Pasquerilla center’s main stage can seat 1,000 people, and its Black Box Theater can seat 200 people.

Dicey, however, said that the Pasquerilla’s liquor license is a performing arts events license, and it’s valid only for Johnstown Symphony Orchestra events.

During the events, only beer and wine will be served, according to Dicey.

He said that last Wednesday was the first time the license was used for the Shades of Bublé concert.

“(The bar was) only going to be open for about an hour,” Dicey said.