Open parties to end at fraternities 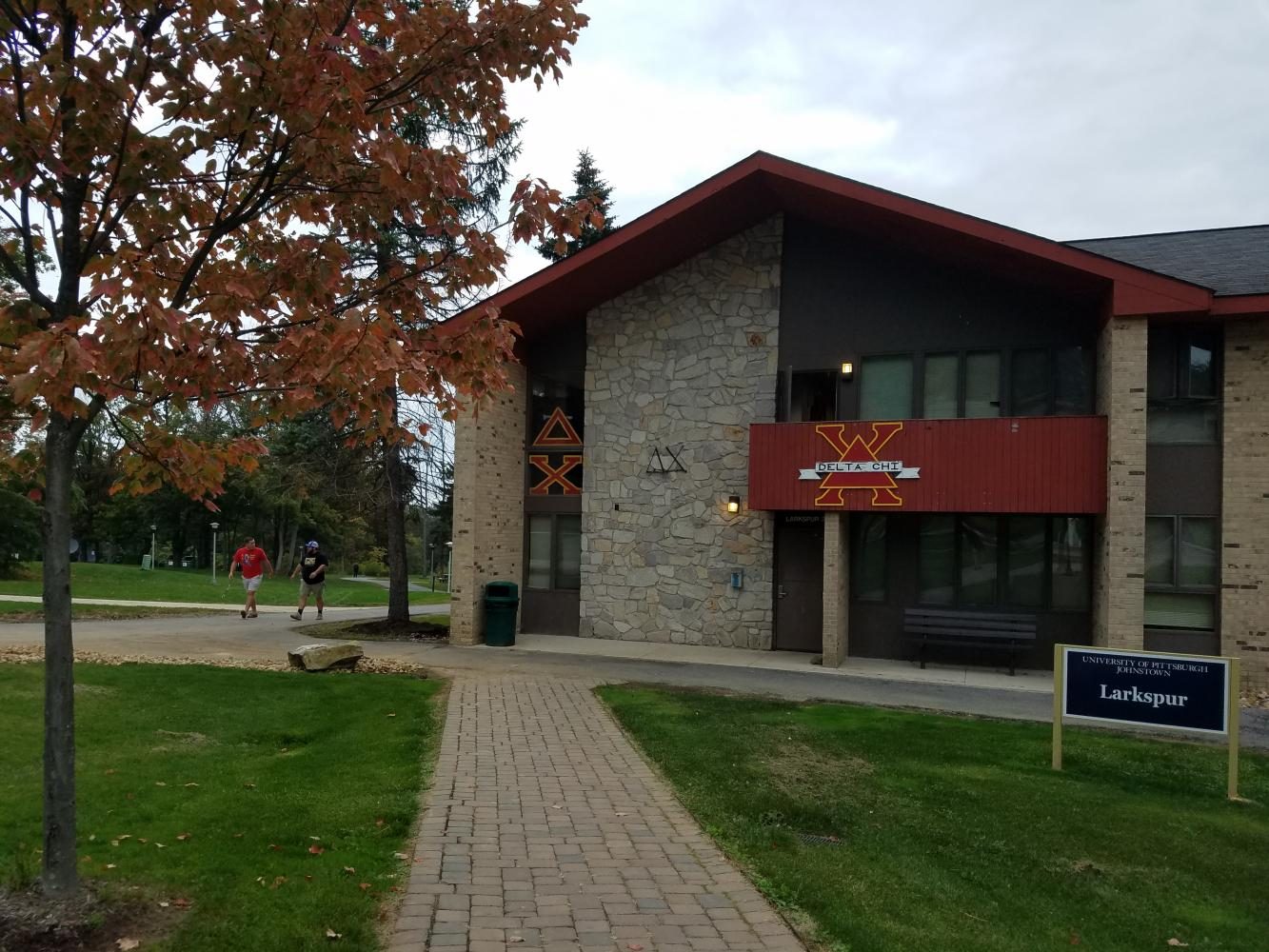 Sophomores Nick Shima and Josh Lind walk past the Delta Chi fraternity where open parties are no longer allowed to be held.

When fraternities host open parties, members allow anyone to enter.

The three fraternities’ national risk-management manuals all state that the fraternity brothers are not permitted to sponsor any type of open party where alcohol is present.

According to Student Affairs Vice President Shawn Brooks, this is not something new, but something that was brought to his attention over the summer.

He said he was looking at the fraternities’ national hazing policies after the incident at Penn State’s Beta Theta Pi, where he came across the rule.

“We knew this was coming for about a year now,” he said.

However, Kopsick said the Feb. 4 alleged hazing death at Penn State was a game-changer for Greek life.

“It started a national conversation about what’s going on in Greek life,” Kopsick said.

Brooks said that if something was to happen during an open party, then the fraternities’ national organization would not cover the incident and liability would be applied to local chapter members.

“From my understanding, it’s been this way for a few years now,” Brooks said.

He also said his concern was that fraternity members were not aware of their responsibilities during open parties.

“(Pitt-Johnstown) officials are now going to be paying close attention for (the members),” Brooks said.

Brooks said by having closed parties, fraternity members are able to then have more control over who attends their parties.

Kopsick said when fraternity members host closed parties, they are allowed to have a 75-person guest list with a 50-person occupancy.

“It’s of interest (of Interfraternity Council members) to find ways to make closed parties work for us,” Kopsick said.

“Before we know it, students will be used to this process,” Hall said.

She also said that closed parties are the only type of parties approved by national organizations.

“Pitt-Johnstown is assisting the member groups here to help them implement their own national guidelines,” Hall said.

Hall also said that, if fraternity members are caught hosting an open party, their punishment would depend on what rules were being violated.

Brooks said that he doesn’t think the closed parties will discourage students from joining the fraternity, but interest will go up.

“Closed parties are somewhat more exclusive. You have to be invited to get in.

“If all fraternity (members have open parties), and you’re only joining for the social reasons, and not for the service, are you really in it for the right reason?” Brooks said.

Hall agreed and said that the members are interested in recruiting students who not only enjoy the social aspect of Greek life, but also are committed to common values and leadership.

However, Kopsick said he’ll have to wait and see how students respond to the closed parties.

“Open parties were (fraternity members’) biggest tool in reaching the (greatest number) of people at one time,” Kopsick said.

Kopsick also said that the fraternity members will have more public events and find creative ways to recruit more people.

Hall said that some fraternities have national expectations on number of hours and projects.

“These are some of the activities that are not as public as some of the social events, but definitely offer a contribution to the world around them.

“There is so much more to fraternity life than Friday and Saturday nights. I know the men are very interested in highlighting all aspects of fraternities to new men who are eligible to be recruited,” Hall said.