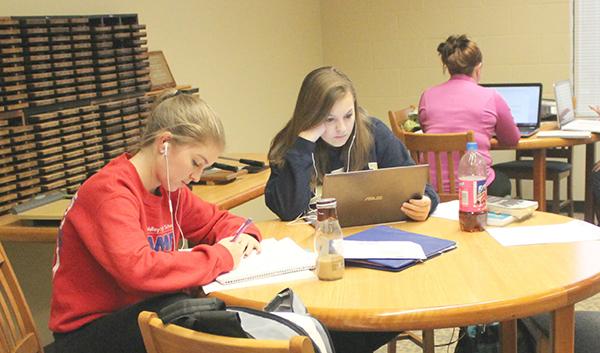 More students may be eligible for the dean’s list this semester thanks to a change in policy.

Prior to the change, eligible students had to have a 3.25 GPA, no grades lower than a C and earn 12 letter-graded credits that semester.

Credits not assigned letter grades also contribute toward the minimum 12, as long as there is no way to take the course for a grade.

The change is likely to open the list for students taking nursing clinicals or Algebra 1, said Academic Affairs Assistant Vice President Paul Newman, because these credits cannot be taken for a grade.

Academic Affairs Vice President Janet Grady said students and their parents asked why they were not on the list, so Grady worked to amend the policy.

Academic division chairs and Faculty Senate Council members agreed to amend the policy, according to Grady.

Grady said after their agreement, the amendment was approved by the provost and put into effect Dec. 8.

The amendment was careful to exclude students choosing to take difficult classes without a letter grade just to avoid a low grade, Grady said.

The dean’s list, or the college honors list, is meant as positive feedback, Newman said. The list has no long-term repercussions, he said, since it does not appear on one’s transcript and is rarely included on resumes after work experience is gained, he said.

“That is what it is—a motivational tool,” he said.

Sophomore nursing major Rosanna Pipak said, though she does not know anyone who missed the list because of the policy, she agrees with the change.

“(Clinicals) are such a huge portion of our nursing education,” she said. “I think more learning happens there because it tests our knowledge and skills by applying what we learned in class in the hospital.”

To discount credits without a letter grade seemed unfair, she said.

“Our clinical is our class, so it’s like we’re not being accounted for (in) the work we are doing in our class,” she said.

Senior respiratory therapy major Nicole Gross said that, although her clinicals count toward her GPA, she agrees with the policy change.

“They are putting in the work and basically not getting rewarded for it,” she said.