Stages are set for fall 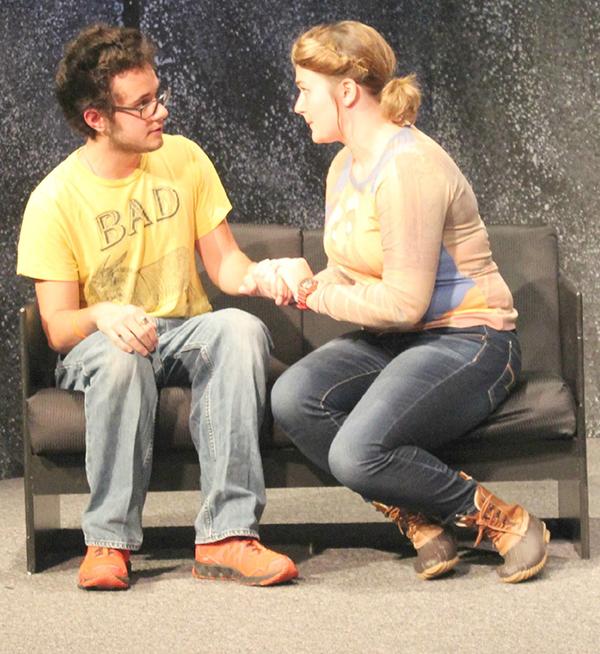 The Pitt Players are to hold their fall mainstage production performances today through Sunday at the Pasquerilla Performing Arts Center.

The group will perform the plays “Impromptu” and “The Summoning of Everyman” back to back. Wednesday through Saturday, the plays are to go on at 7:30 p.m. On Sunday, they are to start at 2:30 p.m.

Called the Night of Decisions and Choices, the performances are last an hour and a half at most.

“Cause we’re hella awesome and people wanna come and see us,” Messer said.

“Impromptu” chronicles the confusion that ensues when a stage manager tells four actors to perform without prior context or conditioning, according to Messer. Messer performs as one of the four actors.

“They realize a deeper meaning of life by the end of the play,” Messer said.

“The Summoning of Everyman,” based on a 15th-century piece. In the play, Death tells Everyman that he has been summoned by God to go on a reckoning quest, according to senior Doyle Yernaux.

“The quest makes Everyman think about manners and civil obedience rather than the terrible sins of pride and vanity,” said Yernaux.

Everyman is played by Sam Miller, and Yernaux plays the Messenger that introduces the play to the audience.

When one is summoned by Death, he knows the states high, said Yernaux.

The performers have been preparing since early September, according to “Impromptu” director Bethany Thomas.

“I’m really nervous because we all have sore throats,” said Messer. “But if we were asked to perform it right now, we could do it.”