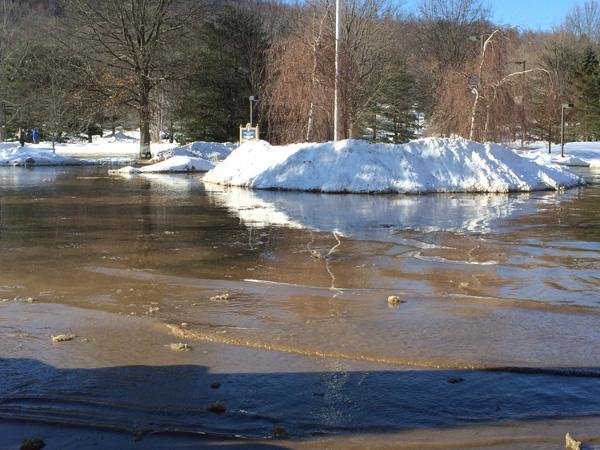 An emergency on the Pitt-Bradford campus might lead some to question whether Pitt-Johnstown would be prepared for a similar situation.

As of Feb. 26, a boil-advisory was still in effect for those who use tap water.

Pitt-Bradford spokeswoman, Pat Cercone, said that, since the campus was left without water, classes were canceled until March 1.

Students were advised to go home if they could, Cercone said. As of Feb. 25, 200 students remained on campus, she said.

Pitt-Bradford student Hunter Kline said students were kept informed with emails and phone calls. Bottled water was distributed, he said, and students were told to melt snow to pour down toilets to flush.

Cercone said brunch and dinner were provided for remaining students in Bradford’s dining hall and commons. Bottled water was also provided, she said, as well as hand sanitizer and wipes.

Pitt-Johnstown Sodexo manager Victor Costlow said his response to an emergency would depend on the situation.

During last year’s norovirus outbreak, students were given food from nearby restaurants.

If an emergency was to occur, Costlow said, he would have to quickly call employees into work to prepare meals.

Costlow said the Pitt-Johnstown campus is set to be the gathering site if anything catastrophic happens in Cambria County.

The Pitt-Bradford website said that safe water was restored to campus by Thursday afternoon.

The website said that students are expected to return to campus by March 2 for classes, according to the website.