Students push for an increase in credits 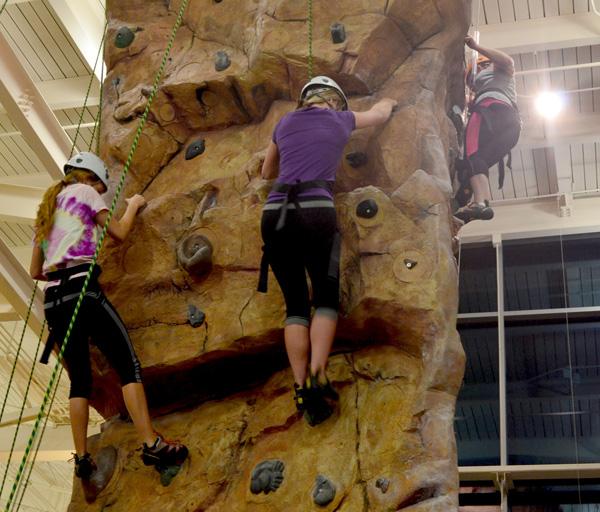 A committee of Student Government Association senators is working toward changing the number of academic credits earned for physical education classes – both a semester limit on the number of credits and the total number that can be counted toward graduation.

The current policy states that a student can take up to two physical education credits per semester and up to a total of eight credits.

The new policy, proposed by senator Aaron Inkrote, states that a student can take up to three physical education credits per semester with up to nine credits counting toward graduation.

According to Inkrote, this new policy has been approved by the association.

Association President Shelby Smith is speaking with administrators to see what they think of this new policy, Inkrote said.

“This could provide more options to students looking to find classes that fulfill their graduation requirement,” Inkrote said.

Once students reach the higher level of their major, 120 total credits are required to be graduated.

“This policy is currently being looked at by [Pitt-Johnstown] administrators.

“[It] has a good chance to become a policy [because] it is a reasonable exchange for filling credit slots for upperclassmen,” Maguire said.

Inkrote said that he thinks that there is a reasonable chance for this policy to become official because positive student support has been shown and more gym classes would not have to be offered support this policy.

“However, I can see some scenarios [in which] administrat(ors) [may] not be in favor [of] it.

“For example, they could see this as weighting gym classes too much and would rather see students take a more mentally challenging courses,” Inkrote said.

Charges in credits that count toward graduation or in the number of physical-education credits that can be taken in a semester would require approval by faculty and Academic Affairs office administrators.