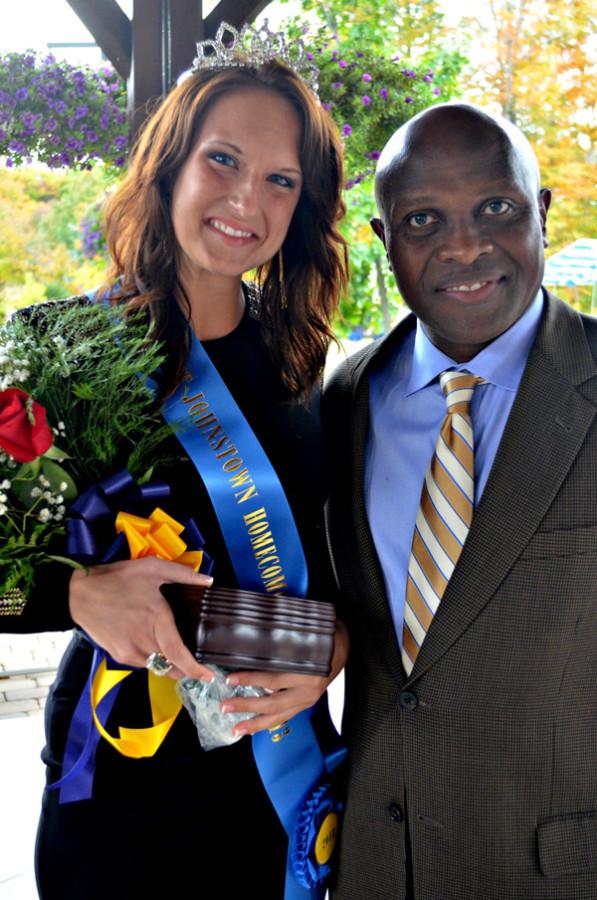 “I’m really happy that I could do this for the interest groups,” she said.

She said the organization is growing every year so she is honored to have been able to represent them.

Colby, who is studying human resources management, said she had a lot of support and a good campaign squad from her other sorority sisters.

“I couldn’t have done this without them.”

This was the first time since 2009 that an engineering student did not win the crown.

In a tie for third runner-up were Nikki Huber who represented Kappa Zeta sorority and Lindsay Romah who represent the Student Government Association.