Having the right perspective 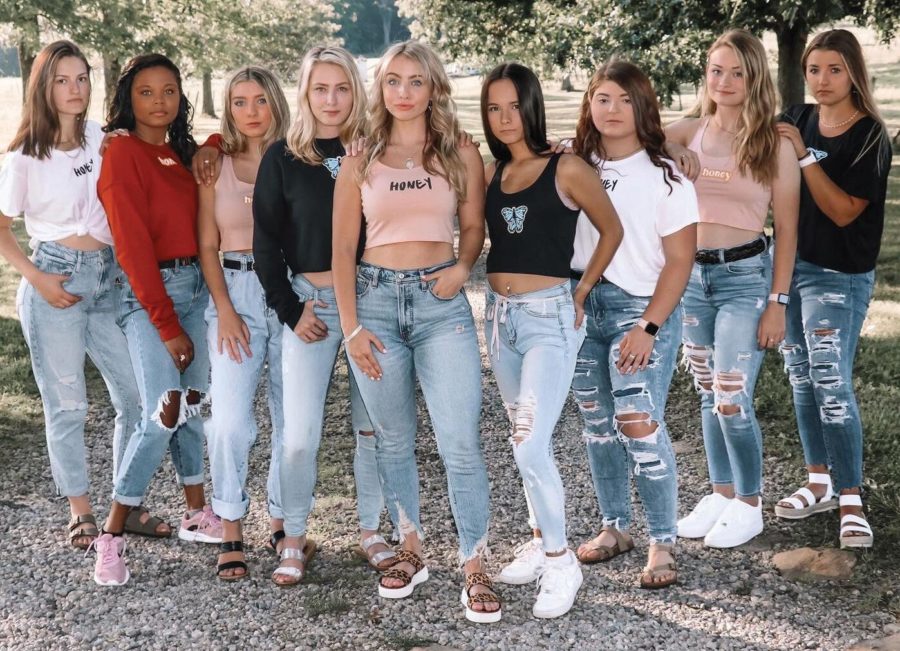 Not long after Trinity Romesberg arrived on campus at Slippery Rock University, she started her own Instagram-based faith and positivity clothing line.

Hailing from Hollsopple, the college sophomore manages her online store, Perspective by Trin, from the beginning stages of creating designs to shipping out finished clothing pieces to customers. In addition to her clothing line, she is in the process of starting a women’s ministry group at her college.

“My passion is helping others through my faith,” she says.

Romesberg is never far from her roots in the Johnstown area. She is involved with her church, Emmanuel Baptist, is part of the in-game entertainment crew for Johnstown Tomahawks and coaches figure skating and hockey for the Learn-to-Skate program.

She says her job with the Tomahawks is an outlet to give back to the community while providing skills that will help with her future degree in public relations.

Romesberg says the decision to attend Slippery Rock was an easy one. “(It just) felt right to me,” she says. However, after being on campus for a year, the pandemic struck. “We were all sent home in what we thought was a temporary disappointment.”

Spending the remainder of the year at home led Romesberg down a path of self-reflection.

“There was a missing piece to my life and I had no idea what it was,” she says. “I thought my faith was already there.

“Through the pandemic, I realized I was in so much less control than what I always thought. I was deep in my faith, but not deep enough. I was bold in my faith, but not bold enough. On the surface, everything looked great, but my relationship with God really needed to grow. It took uncomfortable change and hard moments to get me to where I am today, but I would not change a thing.”

As summer came, Romesberg says she started noticing butterflies and thought about the hope they brought. “It made me think deeper. Change is beautiful and uncomfortable, isn’t it? The fact that a caterpillar not only goes through a process of uncomfortable change, but they shed their old selves as cocoons.”

Using the butterflies as inspiration, she decided to take a leap of faith and contacted a friend who was able to help her with designs to bring her clothing visions to life. She began her brand with simple designs intended to spark faith-based conversations and was able to produce her clothing through K-Tees Screen Printing company.

After having a photoshoot with her friends, Romesberg started her Instagram account and began posting on Perspective by Trin. Meaningful captions that went along with the photos were included.

Romesberg started hearing from young women who were inspired by her words of affirmation and were interested in purchasing her clothing. “I started getting direct messages about how people came across my page and dove deeper into their relationship with Jesus,” she says. “That was the sole purpose. Not materialistic gain, but to spread the good news I had inside of me which I did not want to keep to myself.”

Things quickly took off and Romesberg says she has shipped her clothing all over the country.

She says she and her brother, Matthew, also recognized the need for safe fellowship during the pandemic. They and their friends from Emmanuel Baptist started a college-aged Bible study at their house each week. The group continued to grow over time, as more and more people showed up.

Romesberg says the group likes to do community outreach in the Johnstown area. In December, they wrote Christmas cards to residents at Richland Woods.

They also attended a prayer event outside Conemaugh Hospital with other church members, praying for healthcare workers, sick patients and families affected by the pandemic.

Romesberg says she wanted to carry what she had learned over the past year to her campus this fall.

A friend told her about Delight Ministries, a nationwide ministry for women on college campuses.

Romesberg says she felt called to start a Delight chapter on her college campus. After filling out an application, she was interviewed by the team at Delight and was approved to go forward with establishing the chapter. She reached out to friends who agreed to be a part of her leadership team.

Romesberg says she hopes to create a safe place where everyone feels welcome and can learn about their faith in a fun way, because she knows what it is like to be a lost and unsure college student.

“I think we can learn a lot of lessons and valuable traits from our hometown, but what’s important is where we take those things we’ve learned. It is all about spreading positivity and happiness and good news to every area, and not just our own. Johns-town has taught me a lot and made me who I am. I’m thankful for every person and lesson I have learned along the way.”

Looking toward the future, she says she wants to challenge herself as an entrepreneur to expand her business and eventually make a website in addition to her Instagram presence.

You can support Romesberg through her shop Perspective by Trin on Instagram @perspectivebytrin.

In addition, those interested in joining the Bible study or campus ministry group can check out Trinity’s personal Instagram page @trinitysk8.”