Some bring culture to campus 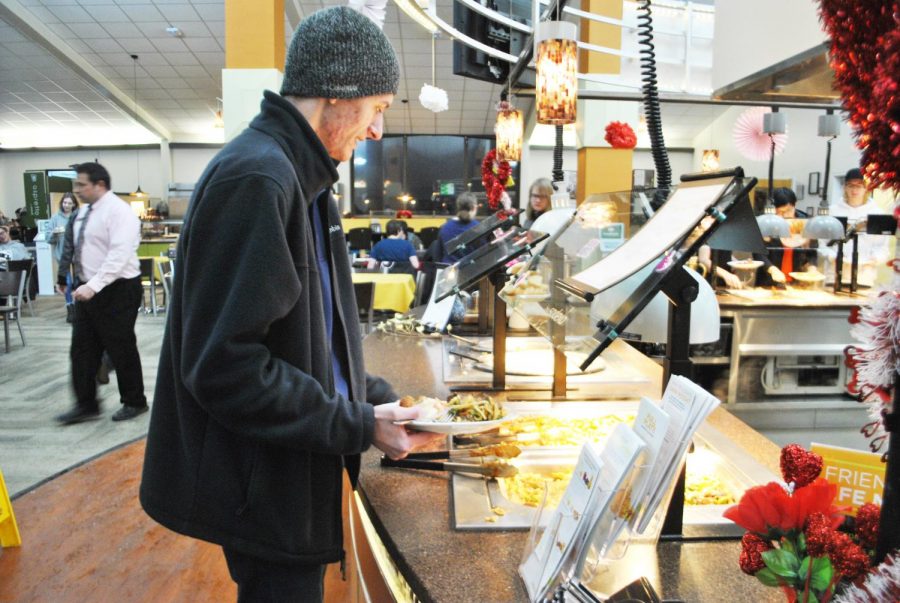 Amid food, laughter and conversation, the dog waves goodbye with contentment, and the pig comes running along, making it just in time. It’s the Year of the Pig.

As the largest population in the world, Chinese people have brought their celebrations with them across the globe, sharing their culture with the world and relieving their homesickness for being far away from their homes.

Although people are becoming more aware of the celebrations of Lunar New Year, there are still many misconceptions.

Junior Kevin Pay said that, in his understanding, Lunar New Year celebrations include people dressing up in costumes of the animal of the year.

“I think they have a big parade, and depending on the animal of the year, they would dress in animal costumes and dance, like the dragon dance. And they receive gifts.

“I had a Chinese friend in high school back home, and he told me about all this stuff, but maybe I just remembered it wrong,” Pay said.

Sophomore Wang Runqi, who is from Shandong, a Chinese province, said she still makes an attempt to celebrate Lunar New Year 7,000 miles from home.

“On New Year’s Eve, (my family) would always have a big dinner with lots of different food, and we would watch the Spring Festival Gala together.

“At around 8 to 9 p.m., my grandparents would start making dumplings. And at midnight, we would go out and watch fireworks and let off firecrackers. After that, we would go back in and eat dumplings, ” she said.

Wang said she has been in the U.S. for two years, and, because of the school schedule, she has to celebrate Lunar New Year on campus.

“I normally go to celebration activities on campus, or I would just gather with a few close friends and celebrate among ourselves.

“When I went home during Christmas break, I brought back some ‘fu’ characters to stick on the doors, to add a little festival vibe,” Wang said.

But, on the bright side, she said that being abroad on Lunar New Year means that she doesn’t have to deal with the nagging of her relatives.

People’s culture runs in their blood; even if they emigrate to another country, they still practice their home traditions.

Sophomore Grant Shieh was born and raised in the U.S., but his family immigrated from Taiwan.

Although he said that he doesn’t celebrate Lunar New Year, Shieh said that his family does.

“We usually have a family gathering with friends.”

Unlike how Chinese people prepare their food by themselves, Shieh said his family has adopted a more Western style of food sharing.

“Everybody would bring a plate of traditional Chinese food (to the gathering.)”

“We would also exchange red envelopes.”

Although people celebrate Lunar New Year in different forms in Asian countries, a tradition that is celebrated by most people is the exchange of red envelopes.

Junior Victoria Kwok also was born and raised in the U.S., but her family originated from Hong Kong, and she said her family also celebrates Lunar New Year.

“We used to do family gatherings. We would have a big dinner, or eat Hot Pot. And we would exchange Hongbao (red envelope).”

Senior Grace Lim, whose parents are both Korean, said that she stays up with family or friends until the new year.

“We don’t really have traditions (in my family), but we bow down to elders and say ‘have a good new year’, and we receive money.

“And my family usually eats sauerkraut and hotdogs.”

In courtesy of the Lunar New Year, Sodexo staff also prepared a theme dinner for students in the Dining Hall from 4 to 7 p.m. last Wednesday.

“Unfortunately, all of our (chefs) are Western. We don’t have any chefs with an Asian ancestry,” Butler said.

Wang said she went to the dinner.

“The chopsticks looked nice. But why weren’t there any dumplings for Chinese New Year? I remember they had them last year,” she said.

“I don’t really have any suggestions, it’s good enough that they have (Chinese food),” Wang said.