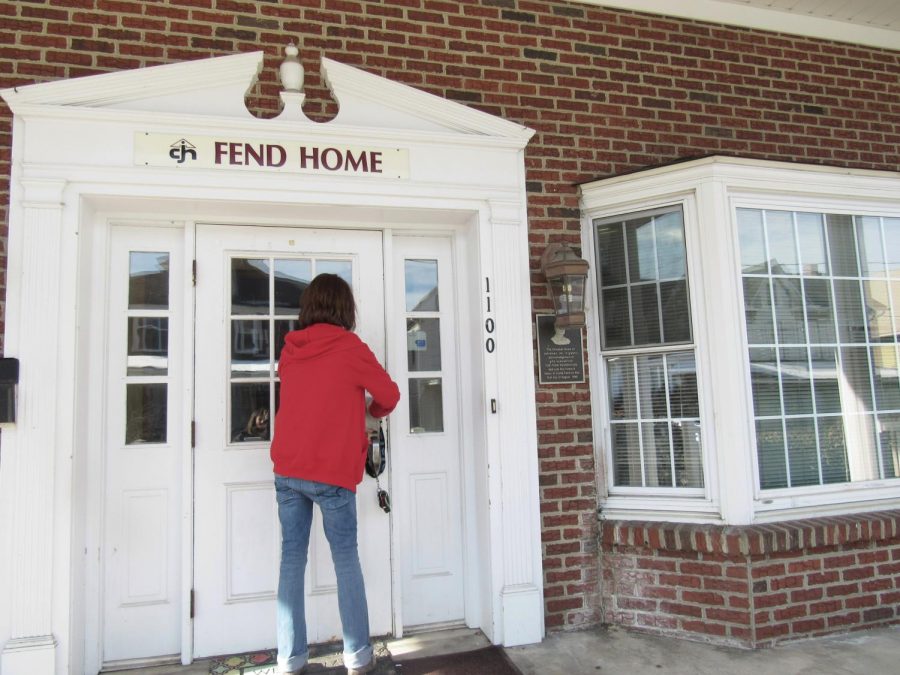 In a quiet, residential neighborhood, there are three houses occupied by Christian Home of Johnstown employees and residents. From the outside, they look no different from other houses—yet on the inside, these houses are filled with kids who have been separated from their parents.

The home is a state-licensed facility whose employees provide residential and outreach programs for children and young adults ages 10 to 21. Children are placed in the home through County Children and Youth agencies as well as juvenile probation departments.

“The kids are placed here through court order, but we’re as nurturing and home-like as possible. We’re like their surrogate parent—we take them to appointments and care for their counseling and emotional needs,” Executive Director Chantay Jeffers said.

Jeffers said she has been with the home for 26 years and executive director for six years. She said that the home is one step before or after foster care.

“There’s a lot going on with these teenagers. They already have a lot of peer pressure and social issues from just being teenagers, but they have abandonment, neglect and abuse issues on top of that,” Jeffers said.

In addition to the administrative office house, there is a boy’s home, the Houston House, and a girl’s home, the Fend House, all less than a block apart along Edson Avenue in Johnstown’s Eighth Ward neighborhood.

Jerrica Cooper of Johnstown is the girl’s home coordinator.

“These kids are traumatized. You never know what kid you’re going to be able to help,” Cooper said.

Cooper said that the biggest challenge for the kids is when they leave the home.

“They get used to the structure here, but then they have to go back home and see if their mom or dad has changed. There’s a fear of the unknown,” Cooper said.

Part of the home’s structure is called the development system. Jeffers said that the kids are placed on levels depending on their behavior.

“It goes from level one, which is grounded, to level five, which means they’ve earned our trust. When they’re at level four, they need to be actively seeking employment or volunteering opportunities, depending on their mental capacity,” Jeffers said.

“The misconception is that these kids are delinquents. These are children who have been abused and neglected. They show negative behaviors because of that, but they’re not bad kids,” Cooper said.

According to the home’s website, in 2015-16, all kids who resided in the home and were eligible for high school graduation have graduated, but only two percent have attended college, technical training or enlisted in the armed forces.

“All of the kids may not be as successful as we want them to be, but they do make us proud in one way or another. Even if it’s just whether they made their bed that day — sometimes even that is a struggle,” Cooper said.

Both Cooper and Jeffers said that the kids keep them going through tough situations at the home.

“I love these kids. Whatever they need, we’re here. I know that this is not a job, this is a mission that I’ve had all my life,” Jeffers said.

The home’s employees host several fundraisers each year, which help to maintain the home’s operation and buy Christmas presents for the kids. Jeffers said that with leftover money, she likes to take the kids on a vacation in the summer.

“Although we can’t get rid of their bad memories, we can flood them with good memories,” Jeffers said.

Boy’s Home Coordinator Stacey Miorelli has been on staff for almost two months. She said that no coordinator or director lives on-site.

“We’re here during the day, but we come down immediately if there’s an issue and we’re not here,” Miorelli said.

Pitt-Johnstown students who are interested in helping out at the home can do so through an internship.

Jeffers said that they have already adjusted their internship according to Pitt-Johnstown requirements, and interns are completely trained in crisis management, medical administration and first aid.

“Through the Christian Home internship, (the students are to) receive training as staff members and learn a team approach as they interact with caseworkers, juvenile probation officers, the juvenile court and social workers as needed,” Wagner said.

Wagner said she thinks the internship is an outstanding opportunity for her students to learn about the goals of family reunification and rehabilitation while working with the kids in a supportive environment on their educational goals, life skills and recreational activities.

According to the home’s website, it was started in Moxham more than 100 years ago by women who were concerned about orphaned and abandoned children.

While the home began as a faith-based effort, Jeffers said the organization is no longer religiously affiliated; however, they have kept the name in order to honor the women who started the home.

“You don’t have to throw Scripture to these kids. I just treat them with love, and I pray for them. They need a lot of prayer,” Jeffers said.