Some suffer more from lack of sunlight 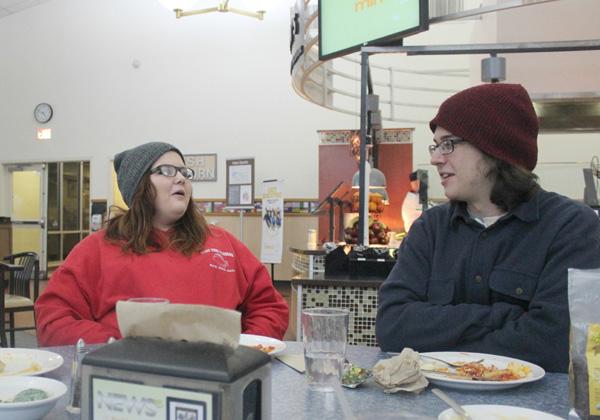 Winter months are when seasonal affective disorder strikes some.

As described by Pitt-Johnstown psychology professor Alan Teich, the disorder causes symptoms similar to depression in those suffering from it, most notably fatigue and an increased desire to sleep.

According to Teich, the disorder is most likely caused by a lack of sunlight during winter, as more cases have been noted further from places on the equator where days are progressively shorter in wintertime.

The common theory for this is that the lack of sunlight keeps the pineal from turning off upon waking.

The pineal, located in the brain, releases melatonin while one is asleep. Melatonin is a chemical that induces sleep.

Normally, upon being exposed to morning sunlight, the pineal turns off and stays off until night falls.

During winter months, with little sunlight during the day, the pineal can either not turn off, or turn back on prematurely, releasing melatonin and making the sufferer drowsy.

It is not clear why the disorder affects some but not others.

“Some people may just be more sensitive to a lack of sunlight,” Teich said.

Instead of typical depression medication, Teich said an alternative treatment can be offered.

A full-spectrum light in light boxes can serve as a substitute for the natural sunlight that may be unavailable, and an hour or two of exposure to it can help reduce symptoms significantly.

Santana Myers, a Pitt-Johnstown student, found another way to fight against the symptoms.

Myers said she found herself struggling with the disorder upon her return to college for the spring semester in early January.

“I basically slept for three days straight,” Myers said, adding that her roommate did the same.

“I skipped classes and stayed in my room. I just didn’t have any energy or motivation.”

Myers experienced this depression for about a month upon her return to college, until she found a way to combat it.

“My roommate and I realized what we were doing wasn’t OK, so we started going to the gym just to get out of the room.”

Myers said they both found that the activity helped relieve their symptoms, getting them outside more and keeping them active, helping the two return to a normal sleep schedule.

Myers said she felt better after she stopped sleeping all day, enforcing the theory that the pineal was producing additional melatonin and thus propagating fatigue.

Going to the gym, remaining active and being social is something Myers said she does frequently, especially when she feels the symptoms taking effect.

“It’s (the symptoms) really tough to deal with sometimes,” she said, “but the most important thing is to try to be positive and maintain a normal life.”