Commuters get a day of appreciation 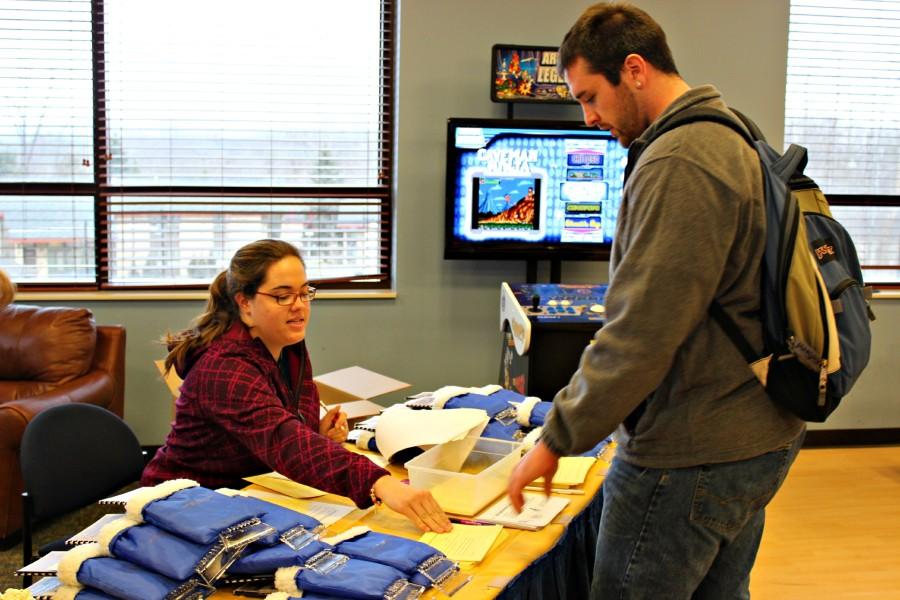 Pitt-Johnstown commuter students had a day dedicated to them last Wednesday.

Prizes were given throughout the day with the top prize being two $80 2014/2015 parking permits.

Fabian, who lives in Somerset, said she chooses to commute because it saves her a lot of money.

“I feel (like) an outcast on campus just because I don’t really take part in any activities, and, as a first-year student and also a commuter, you really don’t know many people besides the ones you sit beside in class.”

Fabian said she is trying her best to take part in more campus activities to become more comfortable on campus.

She said Commuter Appreciation Day is important because it provides commuters with some sense of belonging.

“Many people on campus do not understand how hard it can be as a commuter student. The travel in (bad) weather and just the feeling of being left out really does make Commuter Day important,” said Fabian.

Assistant Student Life Director Jeanne Susko, one of the event’s organizers, echoed Fabian’s comments, saying Commuter Day is important because it allows Pitt-Johnstown’s 1,150 commuter students to feel like they are part of campus community.

Fabian said she would like to see more events happen during the day so commuter students can participate.

“I feel as though if more activities involved both commuter and on-campus students, everyone would feel so much more welcomed.”

Vermecky also said he chose to commute because he is from the area, and it saves him money.

He said he sometimes feels left out on campus because, unlike resident students, he’s not around other students as much, which means he doesn’t meet many people.

Vermecky said Commuter Appreciation Day was the first time he had ever been in the arcade and cafeteria. He said this allowed him to explore more of the school, which he otherwise would not have done.

Susko said she is working on starting a commuter organization to further include them into campus life.

She said there seems to be an interest in it.

“ I want to get commuters involved to give them a feeling of unity with resident students.”

“We understand that commuter students have different needs than resident students and we want to be their voice and advocate for a pleasant college experience,” Susko said.