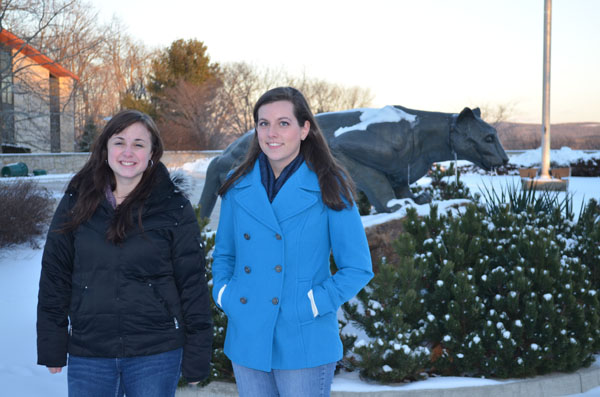 Three Pitt-Johnstown students have received the Vira I. Heinz scholarship this school year.

The three winners— Gail Danley, Amber Reichard and Megan Verwelst— were chosen based on requirements.

Students are required to be a female and a U.S. citizen. Winners must be sophomore or junior-level students with a minimum GPA of 3.0. The winners must have no prior international experience.

Preference was given to women who identified with a racial, ethnic or sexual-orientation minority; disability; or a financial need.

Study abroad programs must be a minimum of 28 days.

A minimum of $5,000 is awarded with the scholarship. This year’s winners, announced in November, are to depart for international destinations in summer.

According to the Heinz Endowments website, Vira I. Heinz was so moved by the life-changing power of foreign travel that she bestowed the gift upon generations of young women.

The Heinz scholarship is awarded at 14 universities in Pennsylvania.

Reichard who is going to Stellenbosch, South Africa, is a junior secondary math education major.

Also a junior, Verwelst is traveling to London. She is majoring in professional writing and history.

“I love the history and culture of London,” she says. “I’ve always wanted to experience it in person.”

Danley is going to Cyprus. She is majoring in biology.

Program Coordinator Judy Freedman says she sees a big difference in the women after they study abroad.

“They’re more independent and well-rounded when they come back,” she says.

“If they’re not, they didn’t get the right thing out of the program.”